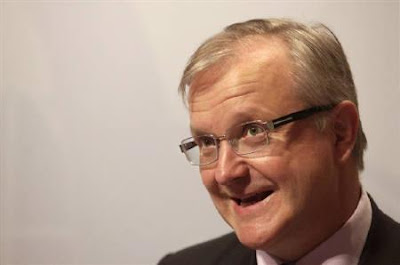 Maturities on Greek debt could be extended on a voluntary basis as long as this does not create a credit event, says EU economic and monetary affairs commissioner Olli Rehn.

"While debt restructuring is not on the table, a Vienna-type initiative that aims at retaining the exposure of private investors, banks and other financial institutions to Greece could also be pursued", he told a news conference.

"In this context of the Vienna-type initiative we have said that a voluntary extension of loan maturities, so-called reprofiling or rescheduling on a voluntary basis, could also be examined on the condition that it would not create a credit event".

With that, one is not quite sure that Olli Rehn is of this world.