Plaything of the Gods 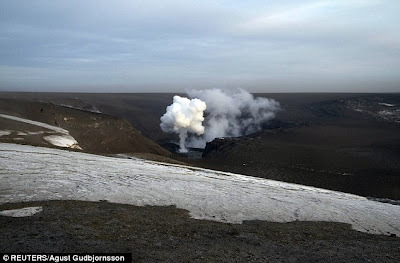 As the Grimsvötn volcano eruption slackens, and UK air traffic gradually returns to normal, there will be few more relieved than transport secretary Philip Hammond. With the coalition administration under huge pressure to perform better than its Labour predecessor, Hammond has been in the hot seat, charged with the delicate task of protecting passenger safety while minimising cost and disruption.

Fortunately for Hammond, the ash fallout and the weather patterns have been less severe than last year which, combined with a less rigorous ash particle limit (up from 200 to 4,000μg/m3), has meant that the crisis has been of much shorter duration. 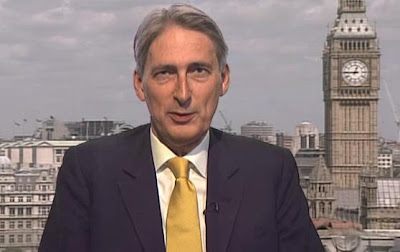 But for that, there would be less difference that Hammond would suggest – despite his taking great pains to present his response as more considered than that of the hapless Lord Adonis, who had to deal with last year's Eyjafjallajokull crisis.

The crucial deficiency, of course, remains the lack of survey aircraft to carry out direct measurements of the ash cloud. This means that government and airlines are excessively reliant on the unvalidated data from the NAME computer model produced by the London Volcanic Ash Advisory Centre, managed by the Met Office.

Without good, real-time information as to the precise nature, density and distribution of ash clouds, the authorities are forced to be over-cautious, leaving them prone to the accusation of over-reacting - then needing the egregious Steve Connor of The Independent to rush to the rescue.

This time, the industry has been relatively quick to complain about the lack of availability of the FAAM BAE-146, the best equipped aircraft for the task.

That airborne monitoring is necessary is illustrated by the salient fact that, following last year's debacle, the Met Office was funded to acquire the use of a specially equipped Cessna 421 Civil Contingencies Aircraft (MOCCA). Originally intended to become operational in March of this year, slippage in the programme means that the aircraft will not be available until June – too late for the current crisis.

This has had IATA director general Giovanni Bisignani voicing his anger, and in a letter on 24 May to the Department for Transport, he declared: "It is astonishing and unacceptable that Her Majesty's government cashes £3.5 billion a year in air passenger duty but is incapable of using a small portion of that revenue to purchase another Cessna to use as a backup aircraft". 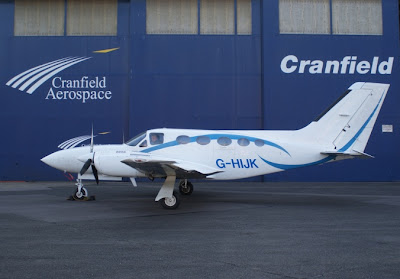 Bisignani may be being too generous – or unrealistic. The Cessna 421 (pictured above) is far from being a new aircraft, the production having ceased in 1985 – the C-version pictured having been built in 1977.

Although with limited payload, it does have the advantage of being piston-engined, making it less sensitive to volcanic ash. The downside is its low speed (240 knots at 25,000 ft) exactly the problem that limited the utility of the Dornier 228 used last year, against the BAE 146 performance - a speed of 432 knots at 29,000 ft and the ability to carry 18 scientists.

Hampered by the lack of data that direct airborne measurement would bring, Hammond has had to rely on a test flight by a BA Airbus 320, which - lacking specialist monitoring equipment - provided only very limited information. It was enough, though, for the transport secretary to pretend that he was getting a comprehensive safety case from that airline.

Less useful was a test flight by Ryanair, which had boss Michael O'Leary complaining about "mythical" weather charts from the Met Office that erroneously placed dense ash clouds over Scotland, requiring the cancellation of more than 500 flights.

So voluble and direct was O'Leary that Hammond had to close ranks with the Met Office, in order to avoid forfeiting the credibility he was so laboriously attempting to construct. But if he can hold the line, the crisis will soon be over. It will then quickly disappear from public view, and memory.

However, the underlying problem has not been resolved. Research and equipment cost money. Keeping effective aviation assets available for carrying out monitoring sorties at short notice, costs a great deal of money. Agreement has yet to reached as to who will pay the bills. And, as of the end of last year, the government had not even paid aircraft operators for their previous monitoring, making it even less likely that assets will be kept available.

In the longer term, British Airways is looking at the possibility of installing "state-of-the-art" ash measuring instrumentation on two of their aircraft. In addition, the Met Office is working with the Norwegian Institute for Air Research (NILU), on trialling their Airborne Volcanic Object Identifier and Detector (AVOID) system on the FAAM BAE-146. 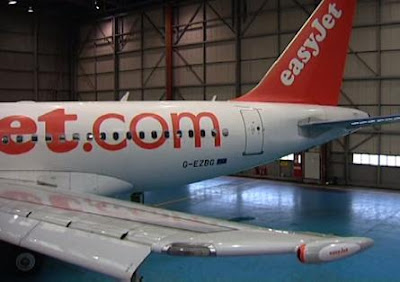 Easy Jet have shown an interest in fitting the system – which gives an 60-mile warning of the presence of volcanic ash – to a proportion of its fleet. Tests are underway, with equipment already fitted on a number of aircraft (see above - wingtip sensor). Unlike the posturing O'Leary, Easy Jet is actually doing something constructive.

In due course, therefore, technology may provide the solution, on top of which flight rules are to be revised, giving operators the flexibility to fly under high-level ash clouds. When all that is done, the Met Office models can be quietly relegated to the role of a more limited advisory tool, offering an important but poorly recognised lesson on the inadequacies of unvalidated computer modelling.

Had Grimsvötn been slightly more obliging, and delayed its eruption a couple of months, even that lesson could have been avoided and Mr Hammond's blushes might have been spared. Perhaps, though, the Icelandic gods of fire have a sense of humour and enjoy watching a rather inadequate politician trying to defend the indefensible.

And they may be about to make Hammond do it all over again ... or not. He may think he is in control, but he is but a plaything of the Gods - as are we all.