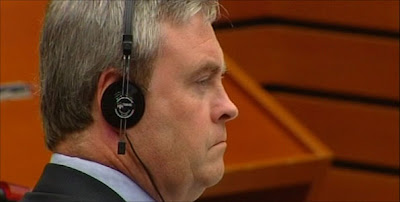 The Guardian is exulting in the defection of UKIP MEP David Campbell-Bannerman to the Tories. A former UKIP deputy leader, he came third in the contest that returned Nigel Farage to the party leadership last year.

The Tory Boy Blog is naturally happy about this particular bit of treachery but, predictably, Witterings from Witney is not exactly over the moon. However, doubtless out of a sense of loyalty, he forebears to inform us that Bannerman is another of those seedy Farage protégés.

As an MEP, the man was the beneficiary of the rigged selection process in UKIP which the current leader manages so well. But at any distance, Bannerman comes over as a wrong-un, and the betrayal has long been expected.

He would not be the first Tory plant in the party, and despite standing against Farage, owes his position in the party to the current leader. The defection, therefore, speaks volumes for Farage's judgement, and is yet another example of why the party fails to prosper.