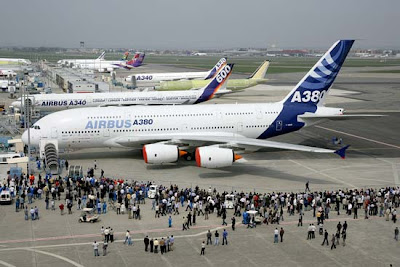 After decades of dispute and five years of official proceedings, the World Trade Organization issued a final ruling yesterday on the case of Boeing vs Airbus, finding that EU governments provided illegal subsidies as the US charged, and must remove them by the end of the year.

But the appeal reversed the finding that launch aid for some aircraft including the A380 was an export subsidy, on what appeared more like a technicality.

"The Appellate Body today upheld the Panel's finding that certain subsidies provided by the European Union and certain Member state governments to Airbus are incompatible (with WTO rules) ... because they have caused serious prejudice to the interests of the United States," the WTO said.

No doubt we will shortly be getting a statement from the EU commission telling us how the WTO got it wrong. Perhaps they could ask Dr Strauss Kahn to look into it. He seems to have some time on his hands, and would rather like to fly in an Airbus.