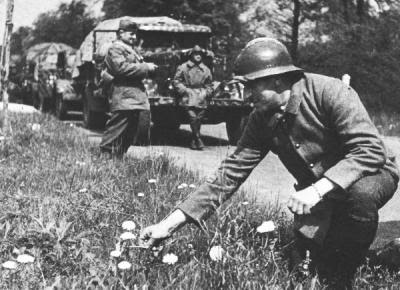 Klein Verzet sounds the alarm and Reuters confirms that the Greek situation is moving rapidly to an end play. But writing the blog on the fly, as I am having to do at the moment, it is very easy to miss something and I have to concede that I'm having difficulty picking up from the MSM and mainstream blogs any sense of a crisis.

Any number of pundits point out that the collapse of the economy in Greece could have massive knock-on effects throughout the global economy, in which case, you would have thought we would be seeing more attention given to the issue. So why do we find lead stories on twitter, footballers and sundry trivia?

Is it that the reality is so awful that the media (and the politicians) can't face it, so we're going through a phase akin to the phoney war? If so, one worries – the outcome of that one was not exactly a bundle of joy. Or are we simply getting unnecessarily concerned?