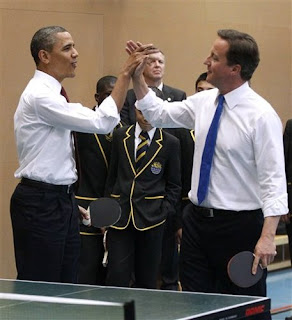 Experience warns that it is unwise to read too much into short-term fluctuations in currency values. However, financial news from diverse sources, on the back of current sterling fluctuations, is painting a sombre picture.

On the one hand, Reuters and Bloomberg are covering Moody's Investors Service announcement it may lower the credit ratings of 14 British lending banks. On the other, we have the Wall Street Journal reporting that a Chinese ratings agency has downgraded Britain's sovereign credit rating.

Moody's is also warning that a Greek debt restructuring could affect the credit ratings of other European governments and would probably also lead to rating downgrades for Greek banks.

"The full impact on Europe's capital markets would be hard to predict and harder still to control. The fallout would have implications for the creditworthiness (and hence the ratings) of issuers across Europe," the Service says.

As the storm clouds gather, one thus finds it hard to be either charmed or amused by the sight of the president of the United States and the man pretending to be the British prime minister indulging in "high fives" over a table tennis match. Somehow it lacks the gravitas one expects of one's politicians, especially at times like these.

But then, if we had politicians who knew how to behave, then perhaps we would not be in the trouble we're in.