Not invented in London? 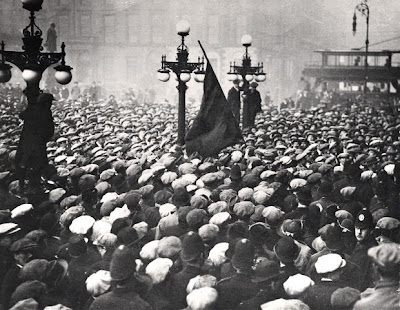 The comments sometimes say it all and, in the case of this piece by David Brooks, in The Guardian today, just one comment is sufficient. It asks: "Is this satire or something?"

David Brooks is a columnist for the New York Times and, if not satire, his piece is presumptuous, doing something which is unwise for an American – as indeed it would be for a Brit if the tables were reversed – commenting on the intricacies of a political system about which he clearly knows very little.

The evidence is there, in his own writing: only a man imbued with almost total ignorance could assert that Britain is "blessed with a functioning political culture", then going on to tell us that David Cameron "is a skilled politician who dominates the scene".

The clue to the source of the ignorance also lies in the writing because Brooks informs us that this "functioning political culture" is "dominated by people who live in London and who have often known each other since prep school", also observing that, "This makes it gossipy and often incestuous".

Therein, we see a perfect description of the "bubble" and Brooks – like so many foreigners who see some but not the whole picture – makes the classic mistake (common to those inside the bubble) of assuming that the part represents the whole. And, like the denizens of the bubble, his gaze cannot penetrate the walls to see the world outside.

The most obvious mistake made by this bubble-gazer is to forget – if he ever knew – that domestic politics starts in Brussels, where so much of the power resides and so many of the political decisions are taken. Although the bubble-class cannot cope with the idea, the European political culture has become an integral part of our own.

Brooks, though, makes a far greater error. He assumes, like many of his ilk, that London is the centre of political universe, and that the temperature of the nation can be measured by reference to that tiny, inward-looking community of London dwellers which he takes to be the sum total of the political culture.

If the man knew anything of political history, he would know that London was very far from being the totality of British politics. In fact, it would be fair to say that many of the significant political developments in Britain originated outside the capital. For instance, not only do we have the Levellers, the Tamworth Manifesto and the Chartists, we also have the Independent Labour Party, which gave birth to the current Labour Party, the origin of which was Bradford, while the Tolpuddle Martyrs were instrumental in the creation of the formal union movement.

When even the Glorious Revolution owes more to Oxford than it does to London, the London-centric view of politics is not only a distortion – it defies history. Anyone wishing to gain an appreciation of the political health of this nation needs to go far outside the capital. When the wind of change is blowing, the bubble-class in London will be the last to know what is to befall them, and the least capable of understanding what is happening.

Brooks, however, calls in aid the British media, declaring that the big newspapers "still set the agenda". While here he may be unaware of the role of the BBC, again he is looking at London-centric institutions. Yet they are as inwards-looking as the political classes, and just as ignorant - more so for their belief that they are well-informed.

It is, in fact, this self-belief (some might call it arrogance) that is their handicap. So confident are they of their central position and their own importance that the bubble-gazers and their media supporters do not deign to look beyond their own horizons – even if they could – and remedy their ignorance. They do not feel the need. Like Brooks, they are not aware of their own ignorance.

Thus, when we deliver to them the next great movement, and their nemesis, they will not even realise what is happening until it is too late. And all because, in their pathetically limited view, nothing ever happens outside London.