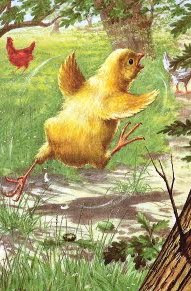 Greenhouse gas emissions increased by a record amount last year. We now have the highest carbon output in history. Hopes of holding global warming to "safe levels" are all but out of reach.

This is according to unpublished estimates from the International Energy Agency, and the "shock rise" means the goal of preventing a temperature rise of more than 2 degrees Celsius – which scientists say is the threshold for potentially "dangerous climate change" – is likely to be just "a nice Utopia".

It also shows the most serious global recession for 80 years has had only a minimal effect on emissions. Last year, a record 30.6 gigatonnes of carbon dioxide poured into the atmosphere, mainly from burning fossil fuel. That was – a rise of 1.6Gt on 2009, according to estimates from the IEA.

Fatih Birol, chief economist of the IEA, says. "I am very worried. This is the worst news on emissions." Birol tells The Guardian, "It is becoming extremely challenging to remain below 2 degrees. The prospect is getting bleaker. That is what the numbers say".

Professor Lord Stern of the London School of Economics, the author of the influential Stern Report into the economics of climate change for the Treasury in 2006, warned that if the pattern continued, the results would be dire.

"These figures indicate that [emissions] are now close to being back on a 'business as usual' path. This could mean around a 50 percent chance of a rise in global average temperature of more than 4C by 2100", he says.

So .... are all the countries in the world going to sign up to emergency measures to cut emissions? Er ... France, Russia, Japan and Canada have told the G8 they would not join a second round of carbon cuts under the Kyoto Protocol at United Nations talks this year and the US has reiterated it would remain outside the treaty.

Meanwhile, Damian Carrington wants the world economy be re-engineered. In all probability  the man is as stupid as he looks. But he is likely to get his wish. Only it isn't going to be for the reason he wants, and he is not going to like the result.