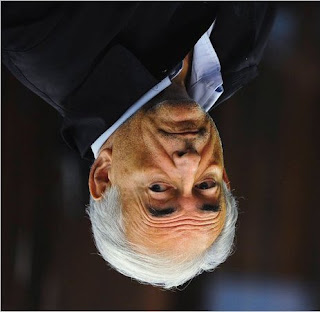 It has such a lovely ring to it. With "infinite sadness" DSK feels "compelled" today to present to the Executive Board of the IMF his resignation.

He leaves behind a $441,980-a-year salary, higher than president Barack Obama's, with the added sweetener of it being entirely tax-free. But struggling Greeks, to say nothing of the Irish and Portuguese, will be devastated to learn that the poor man also gives up the $79,120.00, paid in monthly instalments which, according to his contract, comes "... without any certification or justification by you, to enable you to maintain, in the interests of the Fund, a scale of living appropriate to your position as Managing Director".

Readers will be comforted to learn that that was, of course, just pocket money. Poor Mr Strauss-Kahn was also reimbursed for entertainment expenses, plus travel and hotels, for which he and his wife were covered. Additionally, he and anyone in his family were able to fly first class, whenever he was on official business - which, sadly, will no longer happen.

Although now bereft of such income, DSK is fortunate in now having his travel and accommodation expenses  covered by the City of New York. One suspects that his legal bills might be a little problematical for a man on such slender means. However, his wife - whom DSK "loves more than anything" – may be able to help out, as she is a multi-millionaire in her own right.

Bur Mr - or should we say Dr - Strauss-Kahn might be able to help out as well. He holds a PhD in economics from the University of Paris. He also graduated in law, business administration, political studies, and statistics. As an academic, his research fields include household saving behaviour, public finance, and social policy. He will be able to put that knowledge to good use.

Mr Strauss-Kahn is desirous that we become aware that his sole motive for resigning is to protect the IMF, which he has served "with honour and devotion" - as one does, generously donating his DNA to third world victims room maintenance operatives. From his en suite room in Riker Island, he tells us that all he wants to do now is devote "all my strength, all my time, and all my energy to proving my innocence".

And all this just because, as Time Magazine quaintly puts it, "he has troublesome issues with women who strike his fancy". How sweet.