Thank goodness for the MSM 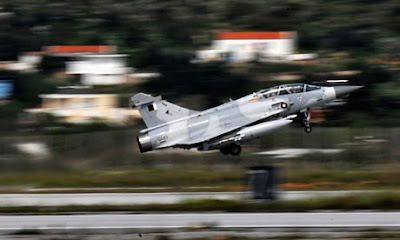 On 17 April, we wrote that, in current money, it looks as if keeping the boys and goils out in the sunny Med is going to cost well over £1 billion for the projected six-monthly deployment against Libya, and that is even before they start playing with their toys or dropping any bombs.

It took until 28 April for The Guardian to work that out, but here it is again, more than a month after the original story, telling us that the Libya operation "could cost UK taxpayers £1bn over six months".

This is "according to expert analysis and data gathered by the Guardian". But "defence economists" have also told the Guardian that the costings are "conservative". Francis Tusa, editor of the Defence Analysis newsletter, estimates that by the end of April, Libyan operations had already cost the UK about £300m and that the bill was increasing by up to £38m a week.

Military chiefs have acknowledged that the air campaign would last six months. At this rate, the MoD's own estimates will put the cost of war at about £400m, but the expert view is that the figure will top £1bn by September.

Well, what would we do without The Guardian and all these wonderful experts to keep up informed? Clearly, without them, people would have to rely on blogs to give them earlier, better information, and that would never do.