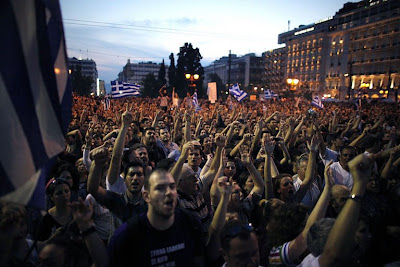 Tens of thousands of people have flooded central Athens on the fifth day of protests against government austerity policies. This is a spontaneous protest inspired by Spanish demonstrators, with estimates of up to 100,000 people assembled in the Greek capital's central Syntagma Square, responding to calls on social networking sites for gatherings across Europe to demand "real democracy".

Below the parliament building, protesters held a placard claiming "poverty is the greatest abuse" while others beat empty pots, chanting "thieves", pointing at the parliament building. "I'm here to say that I've had enough. It's not right to have to pay for politicians' mistakes," said teacher Vivi Villa, 34.

The sentiment here, in common with the Spanish protestors, is decidedly anti-politician, in general – all politicians, on a non-partisan basis. We are seeing here a reflection of exactly the sentiment growing in this country, the polarisation between "us" and "them". Politics are being redefined and history is being made. There is no knowing where it will end. 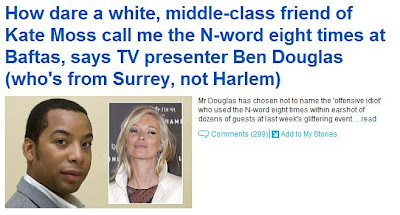 When that history comes to be written, however, there will be a small footnote on the behaviour of the British media. Locked in its own infantile preoccupations, the world as we know it is falling apart, and if it has noticed, it has so far not bothered to report it. Heaven help those who rely on the MSM for their news.