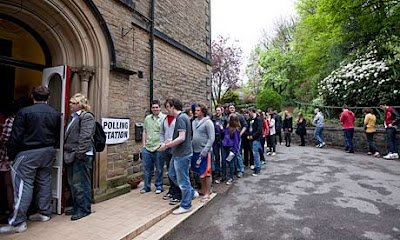 While the MSM deals with the really important issues, we need to explore the trivial issue of whether we can get ourselves out of our current mess. In so doing, I take as my cue for this essay the lament of Calling England, who declares:


There is no political party or even an outsider who can lead us out of this mess. The change that must happen must come from us as individuals and we must be responsible for our own actions instead of looking to others. No-one will come.

She is right. For too long, too many of us more or less passively have waited for The Great Leader to emerge, to guide us to the sunlit uplands. But, invariably, we end up mired in some foetid swamp, casting around for yet another figure, only to repeat the same process. But disillusionment is spreading. As Raedwald observes, the indifference of the young to political parties is growing.

This could be some small consolation to UKIP in that they could reflect that their dismal performance, alongside the BNP which is in the throes of terminal collapse, is simply part of the anti-party trend. How could they possibly succeed when the larger, better-funded parties are in trouble?

As an excuse, however, this has less power when one looks at the recent performance of the Green Party, which has not only put an MP in Westminster but also strengthened its power base in Brighton, very much in the manner that the Liberals used to be able to do before they became Lib-dims.

But there are other electoral groups of interest and of some importance – the ethnic Asian groups, particularly the Pakistanis and the Bangladeshis of East London. None of these have any party political loyalties yet they have Westminster politicians flocking to them, seemingly ready to concede their every wish.

The point about these groups is that they are localised, so that their numbers have an effect in the constituency-based system, and they tend to act as a bloc, with the votes available for sale to the highest bidder. We could learn something from this, using our votes in the same way, not supporting any party but using them to barter – they (the politicians) get what they want (power) if they give us what we want.  To achieve that capability, we need a voters' alliance.

Wittering from Witney alludes to this, with a piece he heads: "Could 'People Power' kill our EU membership?", in turn citing ukk41, yet another blog which is adding to the debate on our political survival – the one which the MSM is too childish to entertain.

Certainly, as it stands, the current political paradigm, witnessed by Dave's attitude on foreign aid seems to be "find out what really pisses off the voters ... and give them more of it". Never in one's wildest dreams could one imagine the current aid policy getting popular support - yet Dave feels no constraints about pursuing a policy which he must know is unacceptable to the majority.

Whichever way you look at the problem, it always comes down to the money. As long as politicians have free access to our money, and can demand more and more, with menaces – without there being any way of turning them down – then they will continue to treat us with contempt.

That brings us back to referism again, as a realistic way - possibly the only realistic way - of imposing discipline on our politicians. The very process of them having to refer back to us each year, and ask us for some money, will have a salutary effect.

The problem, however - the one that any political idea confronts - is the one of how do we get from here to there? And, in part, the answer, is to recognise that we are seeking to overthrow the status quo, changing the order of things.  That makes us, by definition, revolutionaries - and no revolution ever succeeded by working within the system. To achieve success, we have to learn from those which have been successful, and adopt some of the best techniques.

As we argued yesterday, developing the traditional political party is not the best way forward. A party, perforce, must expend the bulk of its energy organising to fight and win elections. Necessarily, it will devote the smaller part of its energy to the cause it was set up to promote. More usually, if we can take anything from history, it will eventually betray that cause.

What this stresses is that we, the people, are the power in the land. And the only thing that constrains that power is the myth that we need rulers to guide and manage us. We do not - we need government, and particularly central government, only to provide limited functions on our behalf, acting as servants not our masters. To get back to that state requires nothing more than a simple article of faith - a belief in our own power. We are more powerful than those who claim to rule us, if we choose to use that power. 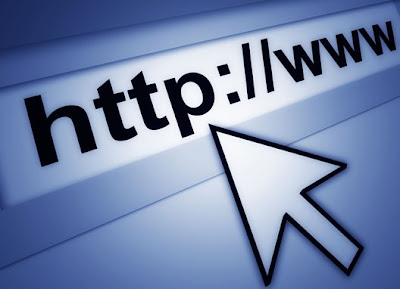 In the past, the exercise of that power would often involve rising up and marching on London, only then to meet the forces of the King, whence bloody violence would ensue. In more recent times, the demonstration has been a tool employed by the masses, and is still used to effect. But, as long as we have a system where the popular vote is still a relatively effective tool, we ourselves have another, one which has not yet been properly marshalled in an attempt to achieve fundamental change - the internet. We can organise a virtual revolution.

Now we start bringing various strands together. Power is a numbers game, large numbers of people acting in concert to achieve a stated aim. Traditionally, this has been done through the political party system, but the internet liberates us from its sterile grip. We can organise and share our views without the need of a formal structure, or the need to obey the diktats of a party hierarchy.

We must then ask, as does one of our commenters: what do the Green party and Muslims in the north of England have in common? They answer is that they have an ideology to which they subscribe over and above politics and which forms part of their core identity. They are then prepared to focus their votes on achieving an outcome which is beneficial to their interests.

To focus our power, we too need to adopt an ideology. In essence, we have one - one which underwrites the supremacy of the individual and positions the State as the servant, not the master. Referism - control over the budget - is a means by which we exercise our power. If there is a better way, I am open to offers.

The next question is: where do we start? The answer is here, on the blogosphere. We have a number of fine, independent blogs, written by independently-minded people. Here are twelve to be going on with:
Collectively, we reflect the views of our readers. If we did not, we would not have a readership. Now ask, from where does the BBC and the MSM get its power? Why do politicians listen to them, fear them and curry their favours? We are back to the numbers game.

Grow the independent political blogosphere. And if you have a view, start your own blog. We will support you. Want a voice? Either as reader or writer, or both, you have it ... your call.