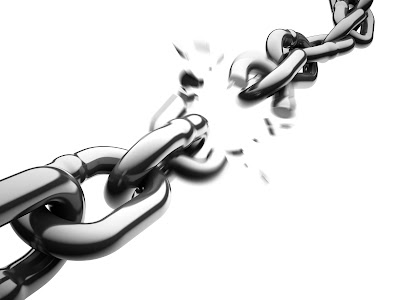 You can never completely write off Heffer. He may occasionally lose his touch – as do we all (the only thing that is ever truly consistent is mediocrity) – but he retains the capacity to come up with a few gems. Thus, in his paying haunt, the Failygraph, he today observes with interest that "we rush to have a referendum on something the Lib Dems feel strongly about, but there is no scope for one on matters that aggrieve a substantial, and not exclusively Conservative, number of people in this country".

There is nothing new in that observation, of course. We have passed it many times, as have many others – that the political classes rejected our calls for a referendum on the EU's Lisbon treaty and instead frittered away £100 million on the AV vote. They will not be forgiven easily – or ever – for that insult. But, says Heffer, breaking interesting if not entirely new ground:


Referendums are a powerful means of participating in democracy, but they happen only when it suits those who rule us. They fear what the rights of majorities, if exercised on important issues, would mean to them and their power. Yet the exercise of such rights would be mainly to try to undo the mess that venal and incompetent politicians have created. That process has not even begun; but who can say the people will not, one day, will it to do so?

Therein lie the roots of Referism. To go cap-in-hand to The Man and ask Him, "pretty please", for a referendum, and then leave it to Him as to whether he abides by the result, is a form of participation. Equally, setting up campaigns, which nicely ask for change and give you a little voicy in the "corridors of power" are all very well. But, in truth, they are "Uncle Tom democracy".

Referism, on the other hand, is about the transfer of power, releasing people from the bondage of the elites and vesting in them control over their own government.  It is about changing the relationship between government and the people, one in which the government says please.

This is achieved by the annual referendum – a mandatory, unchanging part of the constitution. It requires the administration to go to the people each year to ask them for money, and it empowers people to say "no". That is real power. Anything else is play-acting.

In that corner is this weekend's Rally against debt, a well-intentioned if entirely fruitless exercise, not least because it will attract no more than a few hundreds, that may stagger into four figures. Such activities are not helpful because, in the scheme of things, they are a demonstration not of strength but of weakness. They send a message – one of comfort to The Man, that he has no opposition that need trouble him.

Most of all, though, these things don't work. They don't have any traction because they are sterile. They do not set demands of any substance. They are playing around the margins, dealing with peripheral issues, and asking rather than telling. They are the stratagems of the weak.

On the other hand, if there is to be real change, there is only one issue worth talking about, and only one worth fighting for - power. That was the thinking behind my "million angry people" (MAP) concept. Until and unless we are able to put a million people on the streets of London, we are nowhere. But what was missing there was the "ism" - the "vision" that is so necessary to drive a movement.

The need for large numbers recognises that any worthwhile power is never given away. It has to be taken. The nobles at Runneymede did not ask King John for Magna Carta, they summonsed him. Then they demanded his acquiescence. Had they not got it, they would have killed him. We do not wish to slay our masters. Therefore, we must project our will through force of numbers.

The more immediate problem, though, is the slaves are used to their chains. They have grown to like the comfort, stability and security afforded by them. And the Uncle Toms have ambitions to sit at the table with the Masters, and share crumbs from their plates.

For this reason, you will not see an immediate surge of support for any idea which gives power to the people. But the power is there for the taking, if there is a leadership willing to take that bold step. And, as Heffer didn't quite write: "who can say the people will not, one day, will it to do so?"