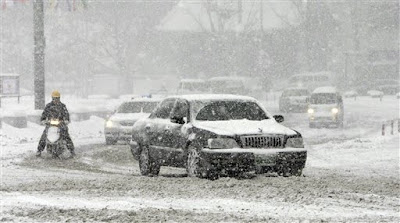 After China, we now get a report from NPR that Seoul residents are battling the heaviest snowfall in modern Korean history after a winter storm dumped more than 10 inches on them today, forcing airports to cancel flights and paralysing traffic in South Korea's bustling capital.

The snowfall, which began about 1 am (1600 GMT Sunday) and continued through the afternoon today (their time), was the worst since Korea began conducting meteorological surveys in 1937, the state weather agency said.