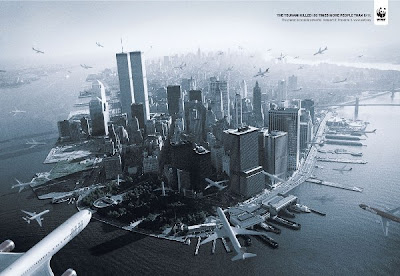 Joining president Obama, Gordon Brown, David Cameron and, of course, the EU, R K Pachauri, Uncle Tom Cobbley and all, warning of the dangers of climate change, is that star of stage and screen ... bring on the one and only Osama bin Laden.

In his latest video to the world, he has made a plea for "drastic solutions" to global warming, and "not solutions that partially reduce the effect of climate change." 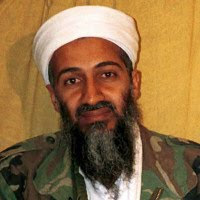 He blames Western industrialised nations for hunger, desertification and floods across the globe and, needless to say, the al Qaida leader has called for the world to boycott US goods, blaming industrialised countries for global warming, saying the way to stop it was to bring "the wheels of the American economy" to a halt.

In that, at least, Obama is ahead of the game, and needs no advice from Bin Liner. With the help of the IPCC and Dr R K Pachauri, he is well advanced in his plans totally to destroy the US economy, alongside his Western allies such as Gordon Brown, who are doing their best to destroy their own.

Soon enough, we can expect an outbreak of world peace as the Western leaders stand proud amid the wreckage of the economies they have so willingly destroyed.

Meanwhile, while Bin Liner will emerge from his hiding place to be elected by acclamation as the new chairman of the IPCC, ready to take the cue from the WWF advertisement (pictured above - the caption reads: "The Tsunami killed 100 times more people than 9/11") and launch a new fleet of airliners on New York to complete the work of destruction.