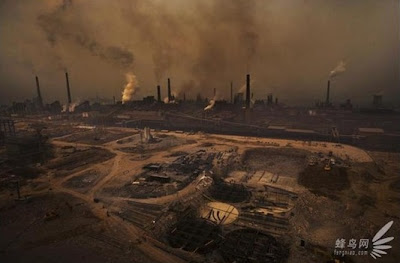 More honesty needed on climate change, says John Beddington, the UK Government's chief scientific adviser – as reported by The Times. You want honest? Here's honesty, in the comments section of Watts up with that:

The legitimate causes of pollution control and conservation have been hijacked by a scientific freak show, demanding that the entire world fiddle while substantial portions of the planet burn. Those forces (political and industrial) that have no interest in addressing reality will happily spar forever in the fantasy shadow game of carbon control.

That is the truth – the climate change industry is causing terrible damage by diverting attention from real pollution, the effects of which are blighting millions of lives. The only honest thing is to abandon the obsession with "carbon" and get down to tackling real pollution. All the rest is talk.