An outbreak of reticence 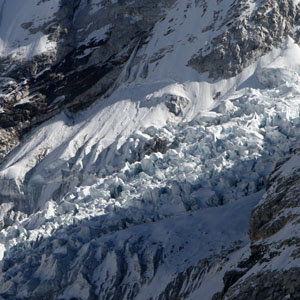 Sayyed Iqbal Hasnain, the scientist at the centre of the melting glacier storm is now claiming he was misquoted when he told The New Scientist that the Himalyan glaciers were going to disappear within decades.

Yet, not only did Hasnain allow this claim to be repeated in November 2008, Peter Foster in the Financial Post reports that claim was also repeated in September 2009 in the Canadian Globe and Mail (link via Planetark). There we see the following:

Sayyed Iqbal Hasnain, one of India's leading glaciologists, who believes the Himalayas may be denuded of all snow and ice in as little as 20 years, despairs at the incompetent bureaucracy, the corruption and the short-sightedness of parliamentarians ...

Furthermore, Hasnain may be being economical with the truth when he attributes the statement which found its may into the IPCC report to an interview with the New Scientist - the article, which is claimed as the original source (used by WWF). That was written by Fred Pearce and published on 5 June 1999, and reads:

"All the glaciers in the middle Himalayas are retreating," says Syed Hasnain of Jawaharlal Nehru University in Delhi, the chief author of the ICSI report. A typical example is the Gangorti glacier at the head of the River Ganges, which is retreating at a rate of 30 metres per year. Hasnain's four-year study indicates that all the glaciers in the central and eastern Himalayas could disappear by 2035 at their present rate of decline.

Compare and contrast that with the actual IPCC report:

Glaciers in the Himalaya are receding faster than in any other part of the world (see Table 10.9) and, if the present rate continues, the likelihood of them disappearing by the year 2035 and perhaps sooner is very high if the Earth keeps warming at the current rate. Its total area will likely shrink from the present 500,000 to 100,000 km2 by the year 2035 (WWF, 2005).

As pointed out here, this IPCC claim actually bears a remarkable textual similarity with a piece published in April 1999 in the India Environment Portal, two months before the The New Scientist went to press. There we see:

"Glaciers in the Himalaya are receding faster than in any other part of the world and, if the present rate continues, the likelihood of them disappearing by the year 2035 is very high," says the International Commission for Snow and Ice (ICSI) in its recent study on Asian glaciers. "But if the Earth keeps getting warmer at the current rate, it might happen much sooner," says Syed Iqbal Hasnain of the School of Environmental Sciences, Jawaharlal Nehru University, New Delhi. Hasnain is also the chairperson of the Working Group on Himalayan Glaciology (WGHG), constituted in 1995 by the ICSI.

If looks very like Hasnainin talking to Pearce was, therefore, simply repeating an assertion he had made months earlier. But now the heat is on him personally – rather than the glaciers – this scientist is rather reluctant to stand by his previous claims.

PACHAURI THREAD
Posted by Richard at 13:17