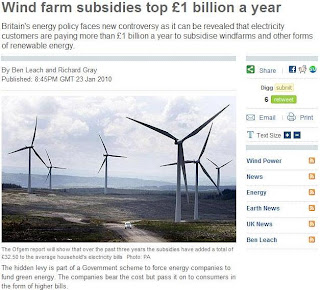 For those who attend to what is laughingly called "mainstream politics", the hystèrie du jour has been the ongoing saga of our "broken society", representing the revered leader of our opposition's attempt to mark out his political territory, much as does a dog, urinating on the boundaries of his domain.

This is very much part of the firmament of contemporary politics, where politicians refuse to embrace – and therefore deal with – real issues but instead try to confine the discourse to an ever-narrowing range of subjects, which they seek to define. Thus the "disconnect" between ordinary people and the political classes increases, as the two sets occupy fast divergent planets.

The reality, of course, is not one of a "broken society" but of broken politics, where the lack of leadership plus the growing incompetence of the political and administrative classes has contributed massively to a progressive decline. Those major problems that we see are largely generated by the very people who will now claim – but fail – to fix them, having been the cause of them all along.

What is turning out to be a classic example of that "disconnect" is the ostrich-like refusal of the political classes – and their claque on the political blogosphere – to engage in the controversies over climate change.

While all three of the major parties have been unanimous in promulgating increasingly draconian policies to combat the perils of "dangerous global warming", when the case on which they base their proscriptions begins to fall apart, they are silent.

The unspoken message is that this is nothing to do with them – such matters are specialist, technical issues. They refuse even to recognise that the crisis exists, much less their part in it, or that they have any responsibility for the consequences.

Such is illustrated by the cut from yesterday (illustrated above), which tells us that subsidies for the banks of absurd wind factories that are blighting out countryside are now exceeding £1 billion a year.

That, as we saw during the height of the cold snap, when the contribution of wind power to the grid was risible, is pure waste - £1 billion sucked out of the productive economy for absolutely no gain other than to make a few entrepreneurs rich and to add to the profits of the already bloated utility companies (mostly foreign-owned).

These obscene subsidies, though, are just one facet of the climate change industry. Carbon credits are set to suck even more out of the economy, on top of which the wind mania has only just started. We are looking at £100 billion to fund this subsidy habit, adding immeasurably to our electricity costs.

"Climate change" however, now pervades virtually every aspect of our lives – from the taxes we pay, local and national, to the increasingly bizarre collection of recycling containers cluttering our yards, to the cars we drive and even the misery many suffered on ungritted roads because our Met Office is obsessed with the idea that the world is getting hotter.

Yet our politicians float serenely above the fray, oblivious and uncaring, concerned only with their narrow, self-defined agendas, those which are calculated to give them marginal advantages in an increasingly irrelevant electoral race.

Now that "climate change" is becoming an embarrassment, we can expect the same treatment afforded to EU issues. It will become a "non-subject", shunned by the politicians who will hastily change the subject when it is mentioned. It raises questions they cannot or do not want to answer, and shows them up for the mindless, useless mouths that they have become.

But, as a certain Dr R K Pachauri is finding, you can run but you can't hide. If the politicians do not want to talk about climate change, then that is all the more reason for raising it at every opportunity. The issue is the meat and drink of politics and, much as the politicians don't want to "do" politics, they must be reminded that we, not they, define the agendas.