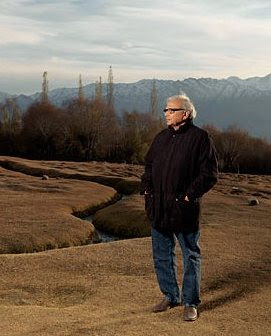 "Rajendra Pachauri ... is, at best, one more blunder away from having to resign its (the IPCC's) chairmanship." That comes from the man we like to describe as the doyen of the warmists, Geoffrey Lean, writing in The Daily Telegraph.

No doubt, we can help Dr R K on his way to a peaceful retirement as, with reckless abandon, he told The Hindu yesterday that the chances of the IPCC having made more errors in its benchmark 2007 report were "minimal if not non-existent", even while admitting the "regrettable error" on the melting glaciers that has raised questions about its credibility.

Although retailed by the newspaper, the actual text comes from a press release, issued by TERI, offering in Q&A form the observations of R K Pachauri on the affair. This is helpfully reproduced, in full, on this website.

Not used by The Hindu are his comments on the funding obtained by TERI for its glaciology work, where this section is volunteered by Pachauri:

Q8) There have been views that your institute has gained from the alarmist situation created to rope in projects worth billions of dollars?

Research on Climate Change in TERI goes as far as back as 1987 – before the IPCC had been formed. Our work on glaciers started two years ago recognising the need for greater field based data generation and modelling. The IPCC report has also pointed out the need for more research in these areas.

Q9) What is TERI’s research on Glaciers?

The project on Himalayan glacier quoted by the media (Hi Noon) is an EU funded project under the FP7 programme. TERI participated in this competitive bid as one partner in a consortium of institutions led by a European institution and involves several other Indian institutions including IIT Delhi and Kharagpur. Each institute has a well defined role and TERI is addressing the issue of socio-economic impact assessment

Q10) What work is TERI doing with Government of Iceland?

The Global Centre, Iceland received support from Carnegie Foundation for glacier related work. Our collaboration with this Centre is for the purpose of training and teaching in glaciology.

The "billions of dollars" assertion is, of course, an invention, but we see an acknowledgement that TERI is receiving "support" both from the EU and (implied) from the Carnegie Corporation. Here the answer in Q10 is particularly interesting as it claims that the collaboration is "for the purpose of" – i.e., limited to "training and teaching in glaciology."

This makes quite a dramatic contrast with the statements made in a press release, again by TERI, on 15 January 2009 on the Global Centre collaboration, where it states that:

Under this collaboration, senior scientists from the respective countries will carry expeditions in the Himalayas. The collaboration, which is its early stage, will be funded primarily by the Carnegie Corporation of New York.

The press release goes on to say that:

TERI has initiated the establishment of Glacier Monitoring Observatories at Kolahoi Glacier, Jammu and Kashmir and another at East Rathong Glacier, Sikkim. These two glaciers are being monitored with the state-of-art scientific instruments on a regular basis for various parameters like Energy Balance, Mass Balance and Hydrological Balance for the glacierized region.

A certain Prof Syed Iqbal Hasnain is also quoted freely in the press release, which records his presence at a meeting between Dr R K Pachauri and Iceland president, Dr Ólafur Grímsson, to celebrate the start of collaboration.

Yet, it will be recalled that Hasnain, in his TV debate with me claimed that all the funding for his glaciology work came from TERI and that there was no "outside funding". He rejected as a "wild allegation" my assertions that funding came from the EU and the Carnegie Corporation.

It seems to me that both Hasnain and RK Pachauri need to get their acts together and read their own press releases. At the moment, they are contradicting themselves – this is the blunder that could bring them both down.