The wages of "Climategate" 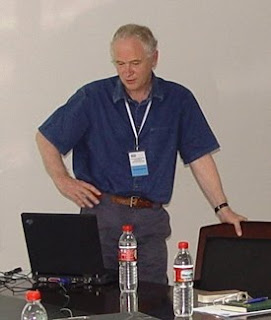 The Associated Press is reporting that Phil Jones, director of the "prestigious" Climatic Research Unit is stepping down "pending an investigation into allegations that he overstated the case for man-made climate change".

We are told by the University of East Anglia authorities that he is to relinquish his position until the completion of an independent review into allegations that he worked to alter the way in which global temperature data was presented.

This is the first scientific "casualty" of the Climategate scandal. And, although it may presage a whitewash, the fact that this action has been taken immediately prior to the Copenhagen conference, suggests that the furore is being taken seriously by the university.

The move on Jones follows the dumping of Malcolm Turnbull, the former leader of Australia's Liberal party, and his replacement by Tony Abbott, an avowed climate sceptic. Turnbull is regarded as the first major political casualty of the scandal.

Both these episodes largely vindicate bloggers and the few media commentators who took up the issue, leaving the MSM trailing. One wonders whether the media will now take the issue more seriously.

CLIMATEGATE THREAD
Posted by Richard at 20:01