The theatre is over 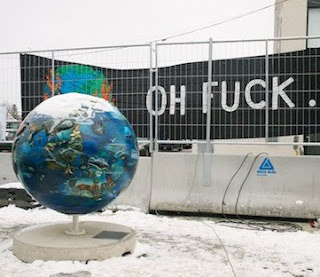 "Meaningful deal reached at Copenhagen climate summit," reports the BBC and the rest of the media pack, in more or less the same terms.

Actually, the deal was reached on Thursday. Yesterday was pure theatre for the masses, faithfully recorded by the media. This, I reported on this blog yesterday, and can add very little to it.

This slugfest was not about saving the planet. It was not about the climate, global warming or any of that cant. It was and is about money, renewing the "Kyoto Protocols" and thus protecting the $2 trillion income stream generated by the carbon market.

They had to buy off the "bunnies" with a few bribes, and the Mercedes salesmen will do mightily well out of the deal, but most of that funding is "funny money" which will be tied up with the carbon market and the "Clean Development Funds".

The greenies are, of course, screeching with fury. But then they have every right to be – they have been stitched up, kippered and spat out.

John Sauven, Executive Director, Greenpeace UK, snarls: "The city of Copenhagen is a crime scene tonight, with the guilty men and women fleeing to the airport. There are no targets for carbon cuts and no agreement on a legally binding treaty. 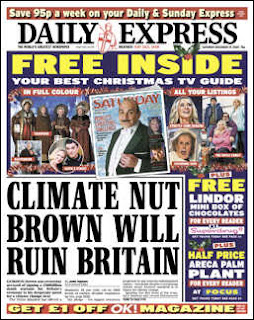 He adds: "It seems there are too few politicians in this world capable of looking beyond the horizon of their own narrow self-interest, let alone caring much for the millions of people who are facing down the threat of climate change."

Then Nnimmo Bassey, Chair of Friends of the Earth International storms: "Copenhagen has been an abject failure. Justice has not been done. By delaying action, rich countries have condemned millions of the world's poorest people to hunger, suffering and loss of life as climate change accelerates. The blame for this disastrous outcome is squarely on the developed nations."

If global warming was a real threat, we really would be in trouble. But we're in trouble anyway ... this is still going to cost us dear.

UPDATE: The Daily Express has its own take on the story.