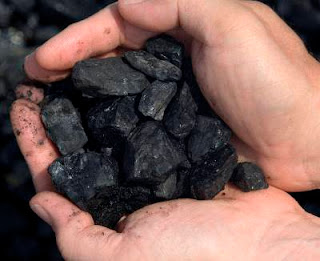 Although, as The Daily Telegraph observes today, there are many dismissing coal as the unwanted black sheep of the fossil fuel family, coal-fired generation still provides 37 percent of our electricity supply. Moreover, unless or until the lunacy of carbon capture takes hold, it is one of the cheapest means of generation.

However, because of the high fuel cost, relative to capital outlay, coal fired generation is sensitive to increased coal prices. Doubling the price would force a 66 percent increase in the retail price of electricity.

Yet, it seems, with demand set to rise, price increases are precisely what we are having to confront. Analysts from JP Morgan, we are told, are forecasting that thermal coal, used in power stations, will rise from $70 to $85 per ton next year. And the direct cause of this is "rebounding demand" from China and India.

Part of this is the result of mine closures in the Shanxi region of China and the rise in electricity generation, factors which are expected to drive world stocks down from their current level of 40 million tons to 22.7 million in 2010. But this is only half the story.

In the longer term, global coal usage, far from declining, is set to increase substantially. The International Energy Agency believes that coal will account for 29 percent of global energy needs in 2030, compared with 26 percent four years ago, making this rather than "green energy" the key fuel for the future.

And, while the focus has been on the increase demand in China, an increasingly important player in the global market is India, not least through the inability of its own domestic industry efficiently to exploit its own reserves.

Only this month an Indian parliamentary panel was "shocked" to find "inordinate delays" were slowing development and about 100 coal projects had failed to take off, resulting in a shortfall of domestic coal production.

Thus, to fuel a planned expansion of electricity production from 78 GW in 2006 to 142 GW in 2030 – the bulk of it coal-fired – the state-owned Coal India Limited is rapidly forming strategic partnerships with Australia, the US, South Africa and Indonesia in order to secure future coal supplies.

More recently, the company has secured an agreement with the Mozambique government to exploit two blocks of land totalling over 220 sq km in which high-grade deposits of coal have been found. The Indians won the bid from nine other bidders, while two bids each from the UK and China were disqualified. There were a total of four Indian bidders in the process.

Elsewhere, Indian interests are highly active in Indonesia where India's National Aluminium Co aims to buy at least 200 million metric tons of coal reserves from the eastern Indonesian islands of Kalimantan and Sumatra in order or secure aluminium production in India.

This is in addition to the 4GW Mundra power project in India's Gujarat State which will also be sourcing its 12 million tons of coal each year from Indonesia – and it has eight more such "ultra mega" projects planned with a total combined coal-fired generating capability of 32 GW.

The point, of course, is that India – as with China – is in competition with the UK (and the rest of Europe) for this coal resource. Yet, while we are saddling our own generators with increased costs, supposedly to combat global warming, not only are we providing cheap money for Asian development, in the case of India we are actually subsidising the coal plants by allowing them to claim "carbon credits".

Fair competition is one thing but castrating our own industries while subsidising our competitors, who are then able to outbid us in the same markets from which we source our energy supplies, is little short of economic suicide. And that is real effect of our government's obsession with global warming.