How to get rich 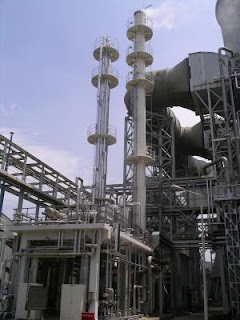 So you think giving developing countries all those free "carbon credits" is going to cut greenhouse gas emissions and save the planet? Think again.

Through a bizarre but wholly foreseen loophole in the UN's Clean Development Mechanism (CDM) system, payments are actually incentivising manufacturers in China and other developing countries to continue producing one of the most potent of all greenhouse gases, the ozone depleting substances (ODS) known collectively as CFCs, used for refrigeration and other industrial purposes - at a cost to British and other developed world consumers of over $18 billion.

And it all started with such good intentions. To rid the world of these supposedly harmful substances, an international agreement called the Montreal Protocol was signed in September 1987 and became effective in 1989, with the original intention of phasing out ODS consumption by 2040, now brought forward to 2030.

To assist developing countries switch production to less harmful substances, the major developed countries set up a "multilateral fund" administered by the World Bank, of which $150 million was earmarked for the largest CFC producer in the world, the Peoples' Republic of China.

Had it been left there, with a whole raft of controls kicking in, no doubt CFC production in the developing world would be tailing off. But that was to reckon without the 1997 Kyoto protocols that included CFCs in a range of six "greenhouse" gasses, elimination of which could qualify for CDM funding.

Where this kicked in was in factories which produced the refrigerant known as HCF-22, in the making of which a by-product HCF-23 is also produced, a gas with the greenhouse potential 11,700 times that of carbon dioxide.

In developed countries, local pollution laws required that this gas was captured and destroyed as part of the process. But in the less controlled and more primitive conditions of China and elsewhere, it was vented to atmosphere – until some bright entrepreneurs realised that capture and destruction qualified for "carbon credits".

Thus, they set up a cheap network of destruction units, which essentially became cash machines. And so lucrative has this scam beome that, in February of this year, the United Nations Environment Programme (UNEP) was driven to publish a report on how it was distorting the whole CDM system.

As of 10 February 2009, it noted, the CDM Executive Board had issued over 250 million certified emission reduction credits (CERs), each CER being equivalent to one ton of CO2, for a total of 1,390 registered projects. These issuances had occurred over a period of just over two years.

To date though, it had found that over half of the CERs issued (130 million) come from one process alone – CFC destruction, with China (followed by India) taking the lion's share.

In fact, China alone had received 90 million CERs, valued at well over $1 billion. Furthermore, for a mere 11 of the 1,390 projects, nearly $6 billion-worth of CERs have been approved. Less than one percent (0.79%) of the projects are getting 36 percent of the finance. And, over the full duration of the scheme, the plants could earn as much as $17 billion. 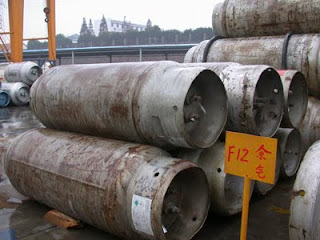 This, though, is only one aspect of an increasingly bizarre situation. As early as 2007, a Stanford University researcher reported that, because of the huge greenhouse potential of HCF-23, destruction of this by-product was actually earning twice as much as producing the HCF-22 refrigerant.

Thus, the system had created a perverse incentive to keep producing. Even if the manufactures did not sell any of their product but simply kept making it, they would rake in twice as much money as they had previously.

In fact, the UN had been warned of this possibility in 2004, and of a probability that the CDM funds would be used as a cross-subsidy to cut the price of HCF-22 and thereby increase its sales. Not only has that occurred, however, there has built up a significant illicit trade, with 51 percent of illegal exports being attributed to China. Illegal product is even entering the United States via Mexico.

All of this is being done in the name of greenery - saving the planet. But the real reason, of course, is to underpin the carbon market which has proved so lucrative for Western financiers.

Nevertheless, with the costs paid by consumers in developed countries through our electricity bills, we at least have the comfort of knowing we are making some Chinese (as well as Indian and Brazilian) CFC producers very rich.