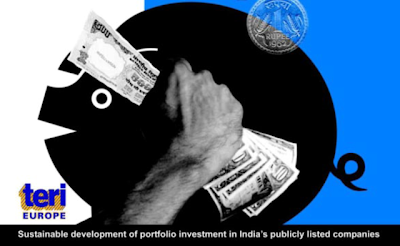 Part of the great global empire controlled by Dr Rajendra Pachauri is an organisation called TERI-Europe. And, like everything to do with Dr Pachauri, it is not quite what it seems, apparently enjoying a flood of grant-funded work, yet living off thin air.

Everything about the organisation is shrouded in mystery and even the most straightforward of details raise serious questions about its operations. For instance, the organisation was incorporated on 10th June 1999, its articles then amended by special resolution dated 2 September 1999. But, although it is registered as a charity, it seems to be running an accumulated deficit over the last five years.

Nevertheless, this "charity" is also registered as a company, and it tells the Company Registrar that it has a healthy cash balance, currently listing its cash assets as £63,000, which happens also to be the "capital employed" by its two directors. One, rather predictably, is Dr Rajendra Kumar Pachauri – who gives his address as 160 Golf Links, New Delhi.

But we also have a new (to us) character on the scene. She is Ritu Kumar, the second of TERI-Europe's two directors. Kumar describes herself as an "environmental economist". She is also the company secretary.

The next strange - very strange - fact is that you might expect this hub of empire to be registered at a prestigious central London address - in common with the Washington office. Instead, it is located in an unprepossessing Edwardian detached residential house, deep in suburban Merton on the fringes of South London. This, Ritu Kumar also gives as her address - 27 Albert Grove, London, SW20 8PZ (pictured, below right).

That she gives it as her address is unsurprising. She is what the Land Registry describes as the "proprietor", along with a certain Nicholas Vivian James Robins, who also gives this as his address. The property was purchased for £215,000 on 15 April 1999 - two months before TERI-Europe was incorporated - with a mortgage from the Nationwide Building Society. But this was paid off on 28 September 2001, when Kumar and Robins assumed "title absolute", becoming the legal owners of the property. We will have a closer look at Robins later.

To add to the mystery, there is no mention of company directors in the official TERI-Europe website, which claims that the organisation was "set up by TERI India". This it clearly was not. But Pachauri is not listed as a director - only as a "trustee", along with a galaxy of notables, including Sir John Houghton and Sir Crispin Tickell - who would hardly be seen dead in Merton.

Ritu Kumar, just as strangely, is not identified as a director either - much less as the Secretary of the company. She is mentioned only as a "contact" - with the Albert Grove address and a TERI-India e-mail.

There is also another "contact", a lady called Rochelle Mortier. She has a very interesting cv, currently working for Alexander Ballard Ltd, an environmental consultancy, via Cargill, Coopers & Lybrand and Price Waterhouse and Greenpeace - as well as TERI-Europe.

What all makes this so very mysterious is that, despite the incredibly low level of trading, TERI-Europe seems to be able to afford the services of the likes of Mortier, to say nothing of Ritu Kumar, who rather hides her light under a bushel, as far as the TERI-Europe website goes. Furthermore, she seems to have several different versions of her cv. 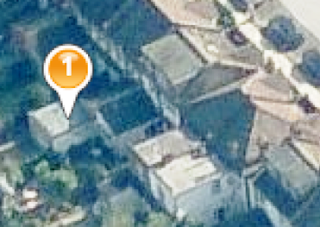 One of the more interesting of these makes it clear that we are dealing with Dr Ritu Kumar, described as "one of India's topmost environmental economists, experienced in issues related to sustainable production, trade, and climate change." We are also told that she is currently Director of TERI-Europe and Executive Director of the Sustainable Trade and Innovation Centre (STIC).

Initially government-funded (by the Dutch), STIC is another of those interesting NGOs, with a lot of detail here. In the brochure other funding partners are identified: the Commonwealth Science Council (CSC), UK, the European Partners for the Environment (EPE), Brussels, and the Royal Tropical Institute (KIT), Amsterdam.

Kumar is then identified as the representative of the Commonwealth Science Council, giving her address as 27 Albert Grove. In another instance, however, she gives a slightly more prestigious address: Commonwealth Secretariat, Marlborough House, Pall Mall.

In a book to which she contributes, edited by Cary Krosinsky and her housemate Nick Robins, called Sustainable Investing, Kumar offers a slightly different version of her cv. Here, we are told that from 2000 to 2006 she was director, UK, with TERI-Europe. That - insofar as it implies that she no longer worked for TERI-Europe after 2006 - clearly is not true. All the official records – and much else – have her currently still a director.

But this cv has Dr Kumar from 2006 as a senior adviser on environmental, social and governance issues with Actis UK - a private equity firm investing primarily in Africa, China, India, Latin America, South and South East Asia. She has advised on "environmental, social and business integrity since 2006." The company handles $7.3 billion in investments and has over 100 investment professionals in nine offices worldwide.

Thus far then, with a great deal more to cover in what becomes an increasingly murky story, we have a charity which is a company wholly owned by Dr Pachauri and Dr Kumar, the latter who not only works for TERI-Europe but also for a government-funded NGO, the Commonwealth Secretariat and a private equity company handling billions in investment funds - aided by another "part-timer" working for another company.

Interestingly, much of TERI-Europe's activities are devoted to encouraging Indian corporates to be more "transparent". As we will see in the next part, though, this does not apply to TERI-Europe. The plot is about to get very much thicker.

PACHAURI THREAD
Posted by Richard at 00:39