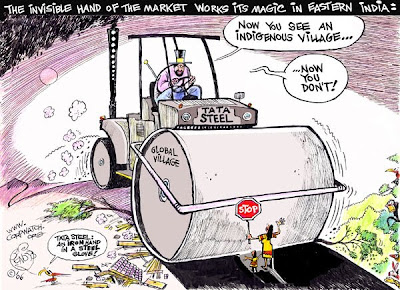 The avuncular face of Dr Rajendra Kumar Pachauri, currently chairman of the UN's Intergovernmental Panel on Climate Change, represents in part the face of modern India. He projects a nation striving for modernity yet tempered by a social conscience as it seeks to avoid the pitfalls of developed countries.

In fact, he is the human face of an economic war being waged against the West by the Asian economies, in which the campaign to prevent "global warming" has been deployed as a powerful weapon. It is seen as a mechanism for plundering Western economies and thereby weakening them, while attracting cheap investment capital and enriching the growing Corporatocracy.

As an economic warrior, Pachauri has been enormously successful, not least through his guileless demeanour, his carefully cultivated image as a "scientist" and his skilful use of his network of front organisations.

Yet, he is a company man, bought and paid-for by the Tata Group, a family-owned Indian multinational founded in the nineteenth Century on the profits from opium growing, the drug shipped to China under the protection of British guns. It now has annual revenues in excess of $20 billion and rising.

Pachauri is part of an elaborate front, a tool shaped by a well-crafted public relations strategy, concealing the rapacious behaviour of the Asian Corporatocracy, of which Tata is a key player. Illustrating the sort of thing that goes on inside the country, compare and contrast this unofficial account (there was no official account) of a fatal industrial incident at Orchard Chemicals & Pharmaceuticals, compared with the galaxy of awards (including one from TERI) for "environmental excellence".

Tata itself is an unprincipled dynasty which, through its flagship company Tata Steel, has made its riches from large-scale seizure of tribal lands in eastern states of Jharkhand and Orissa, the exploitation of labour and ignoring pollution controls. 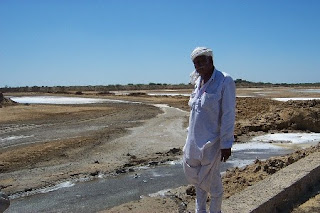 Its history is marked by trail of human rights, labour and environmental abuses. It stands accused of genocide against indigenous tribes, fomenting civil war to achieve commercial ends, and dictatorial behaviour in the only private city in India, the steel city of Jamshedpur, where democracy has never existed and local elections are unknown.

In the troubled states where it operates, a state of civil war exists which the government is losing. In the majority of the districts, writ of government no longer prevails as the rebels capitalise on the extreme poverty. To obscure their popular origins, indigenous fighters are branded as "Marxists" and hunted down by company and state-financed militias, some recruited from the ranks of criminals, their barbarism and ferocity facilitated by rigorous media control and censorship, where Western journalists are not welcome.

The unrest is used by the company and its other corporate allies as an excuse to clear out tribal villages and forcibly resettle populations on a massive scale, fuelling tribal tensions and exacerbating the violence.

Tata in particular has a vice-like grip over the weak and corrupt national and state governments and, with mining and metals enterprises, effectively controls the State Pollution Control Board, which consistently acts against the interests of the people and the environment. Gross pollution is rampant, with unchecked deforestation. 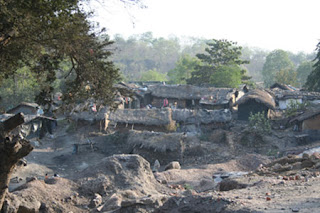 Collectively, the corporates have enough power and economic clout to frame their own laws and weaken existing laws on human rights, investment, corporate liabilities and labour relations. Yet the "business-friendly" outward face presented to Western investors is a sham. The Corporatocracy, as represented by Tata, is a ruthless predator, bent only on enhancing its own power and wealth, regardless of the cost to others, plundering Western capital and assets.

Encompassing all the major Asian nations outside China, including Thailand and Indonesia and Japan, and with the support of the kleptocratic African nations and South Americans, they have suborned the already corrupt United Nations institutions such as the IPCC, in their bid to hamstring the Western economies.

In so doing, they have been exploited the emerging "green" movement, harnessing it with "white guilt" over previous colonial adventures and left-wing ideology which seeks redistribution of wealth as a matter of principle.

Ironically, for a cause espoused by the Left, the greatest allies of the Asian Corporatocracy are the Western corporates, in particular the banks and finance houses. They are the greatest beneficiaries of the emergent "carbon" markets. Other natural allies are "Big Oil", mining conglomerates and multi-national manufacturing enterprises, which need access to raw materials and cheap, non-unionised labour. But other big names are involved. 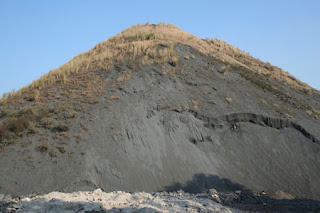 Western governments have been keen to engineer their own surrenders. Partly through stupidity, partly from a misplaced idea that core production industries can be replaced by "knowledge-based" and financial enterprises, and partly through ideology, they have been willing accomplices to what amounts to a major transfer of wealth and power.

Their enthusiasm has been reinforced by the potential for "green issues" to widen and deepen the tax base, legitimising raids on personal incomes which would otherwise be difficult to justify. "Green" products have given them the opportunity to engineer new subsidy regimes for favoured groups, circumventing the raft of trade and other agreements which restrict traditional regimes.

And the interventionist and cross-border nature of many measures is seen as an opportunity to further regional and global governance, at the expense of nation states.

However, the enthusiasm is misplaced. Competition is one thing. But this is war in which everyone loses except the Corporatocracy élites. It is a very dangerous war, all the more so for being unrecognised for what it is, the drama being played out in Copenhagen being one tiny part of the theatre. When the last riot is over and the media caravan has moved on to fresher fields, it will continue, above the smiling face of Dr Pachauri. It is a war we are losing. We need to fight back.

CLIMATEGATE THREAD
Posted by Richard at 13:58