This is not supposed to be happening 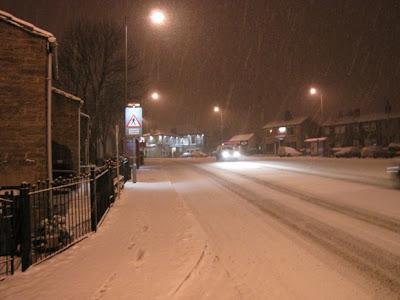 I should have saved the local Met Office forecast because, as I recall, the weather was going to turn yesterday and we were going to have rain clearing away the snow. As it is, after a cold, crisp day, we had the longest period of sustained snowfall we have so far had in this cycle (pics above and below). Unless the weather does turn, in Yorkshire we are set to have the first white Christmas in living memory.

And, apart from the travel chaos, which has caused untold misery and disruption, we saw yesterday a possible sign of things to come when The Daily Telegraph reported on how the snow and freezing temperatures have meant that the Brussels sprout harvest has had to abandoned in parts of Norfolk, Lincolnshire and much of the south east of England. 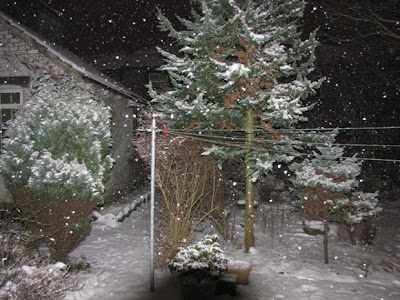 This is also picked up by the Farmers Guardian which has Phillip Effingham, chairman of the British Brassica Growers' Association, telling us: "The last time we had snow like this in the week running up to Christmas was in the mid-1980s "

"We've ground to a halt in Lincolnshire," he says. "It's been impossible to get any mechanical picking done. I think there over the next few days shoppers will notice a real shortage of loose sprouts."

Without mechanical pickers, however, TJ Clements, one of the country’s biggest sprout growers, has had to draft in hundreds of extras workers to pick the harvest. The grower said 10 percent of the crop may have to be destroyed.

This is small beer compared with what more severe weather could do, but it is a timely reminder of the vulnerability of agriculture to cold weather. 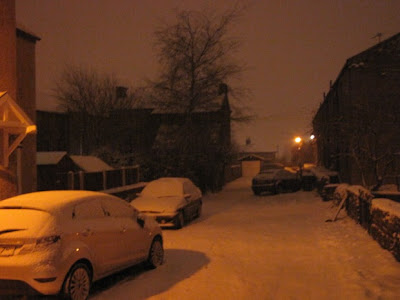 Needless to say, there are no strident calls from the warmists, telling us to prepare for the coming cooling, but as we noted only recently, with just a few severe winters we could be in serious trouble. Nothing less than the security of the global food supply is at stake.

According to those self-same warmists, of course, this is not supposed to happen. Food shortages they will predict – but only arising from warming. But the cold is a much more deadly enemy, and it looks as if nature could be about to remind us of that fact.