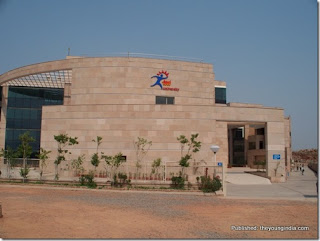 While British schools are scraping together their pennies in anticipation of funding cuts, hard-pressed taxpayers and parents will undoubtedly be pleased to learn that they are subsidising Indian education, to the tune of £1 million through a project called the UKIERI programme.

This is described as a "five-year roll-out of networked partnerships" between UK and India schools, funded by the FCO, the DCSF (Department of Children, Schools and Families), the British Council and the Office of Science and Technology.

Although ostensibly directed as schools, however, the small-print tells you that the bulk of the funding goes to the HE (Higher Education) sector. Two principal activities, we are told, will be promoting research partnerships between centres of excellence in sciences/social sciences. A priority is to encourage more doctorate and post-doctorate collaboration between India and UK, through split PhDs or research fellowships.

It will this come as no surprise to learn that a major beneficiary of the programme is TERI University (pictured), the chancellor of which just happens to be Dr R K Pachauri, chairman of the IPCC and director general of TERI.

Thus, in October of this year, the "university" was able to offer a PhD position "in the area of catalysis." This is partly funded by UKIERI (UK-India Education and Research Initiative) and the research is to be carried out in collaboration with Department of Chemistry, University of Glasgow.

Whether the work should qualify for a PhD, though, is an interesting issue, as it has been well and truly explored by numerous authors and was the subject of a paper by TERI itself in November 2007.

Only a few months later in January 2008, though, TERI (director-general RK Pachauri) – but not TERI University – was able to announce the funding of a project on "Red mud catalyst for hydrocarbon cracking and carbon adsorbent production." Its sponsor was declared as: "UK-India Education and Research Initiative (UKIERI) ".

Original work or not, the outcome – if successful – is likely to have considerable commercial value, along the lines of Pachauri's OBTL venture. Thus, rather than primarily an educational exercise, this looks more like a cross-subsidy for another of Dr Pachauri's money-making enterprises.

British taxpayers will be so pleased.

PACHAURI THREAD
Posted by Richard at 15:06