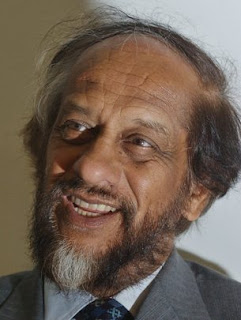 Seek and ye will find, as Bishop Hill notes. Our friendly part-time chairman of the IPCC, Dr Rajendra Kumar Pachauri, is quite a remarkable man. As well as his onerous post with the UN's IPCC, it seems he has a considerable number of other interests.

Intriguingly, for such an upstanding public servant though, he is also a strategic advisor to the private equity investment firm Pegasus Capital Advisors LP, which he became in February of this year. However, this is by no means Dr Pachauri's only foray into the world of finance. In December 2007, be became a member of the Senior Advisory Board of Siderian ventures based in San Francisco.

This is a venture capital business owned by the Dutch multinational business incubator and operator in sustainable technology, Tendris Holding, itself part-owned by electronics giant Philips. It acquired a minority interest in January 2009 in order to "explore new business opportunities in the area of sustainability." As a member of the Senior Advisory Board of Siderian, Dr Pachauri is expected to provide the Fund and its portfolio companies "with access, standing and industry exposure at the highest level."

In June 2008, Dr Pachauri became a member of the Board of the Nordic bank Glitnir, which that year launched the The Sustainable Future Fund, Iceland, a new savings account "designed to help the environment." Then, the fund was expected to accumulate up to €4 billion within a few years, thus becoming one of the largest private funds supporting research into sustainable development. That same month of June 2008, Dr Pachauri also became Chairman of the Indochina Sustainable Infrastructure Fund. Under its CEO Rick Mayo Smith, it was looking to raise at least $100 billion from the private sector.

The previous April 2008 was also a busy month. Dr Pachauri joined the Board of the Credit Suisse Research Institute, Zurich and became a member of the Advisory Group for the Rockefeller Foundation, USA. Then, in May he became a member of the Board of the International Risk Governance Council in Geneva. This, despite its name, is primarily concerned with the promotion of bioenergy, drawing funding from electricity giants EON and EDF. But, not content with that, Dr Pachauri also became Chairman and Member of the Advisory Group at the Asian Development Bank that May. At some time, he also became a Member of the Climate Change Advisory Board of Deutsche Bank AG.

Dr Pachauri also keeps some ties with his roots. In his capacity as a former railway engineer, he is a member of the Policy Advisory Panel for the French national railway system, SNCF and has been since April 2007. Long before that, Dr Pachauri became the President of the Asian Energy Institute, a position he took on in 1992.

One of his most interesting - and possibly contentious - positions, however, is his previous directorship with and current post as "scientific advisor" to GloriOil Limited. This is a company he set up himself in late 2005 - two years after he had become chairman of the IPCC. He is described as its "founder". It was set up in Houston, Texas, to exploit patented processes developed by TERI - of which Pachauri is Director-General - known as "microbial enhanced oil recovery" (MEOR), designed to improve the production of mature oilfields. It now has annual revenues of $2.5 to 5 million.

A few eyebrows were raised in June 2007 when Kleiner Perkins, the Silicon Valley venture capital firm that preaches the need to invest in green technologies and reduce global warming, invested in GloriOil.

The firm had joined with TERI - Dr Pachauri's employer - and private equity investor GTI to invest $10 million in the company. Yet Kleiner's leading partner John Doerr had led a crusade to "stop the damage caused by global warming" and had publicly broken down in tears over the issue (see video below).

Investing in oil exploration, it was observed at the time, makes it possible to drill oil more efficiently, and produce greenhouse emissions in even greater amounts, and stands in contradiction to the firm's stated public mission. No one mentioned Dr Pachauri's founding role in the company – or that he was currently chairman of the IPCC.

Interestingly, Doerr had first met Pachauri (along with Gore) at the San Francisco Four Seasons in May 2006, at a meeting of 50 environmental "thought leaders" organised by Kleiner so that the partners could "brainstorm with them about opportunities." A year later, Doerr was investing in Pachauri's company.

Like Doerr, running with the hare and the hounds, Pachauri also serves as Director of the Institute for Global Environmental Strategies, Japan. And, crucially, he is a Member of the External Advisory Board of Chicago Climate Exchange, Inc. This exchange is North America's only cap and trade system for all six greenhouse gases, with global affiliates and projects world-wide, brokering carbon credits.

Yet Dr Pachauri is also a member of FEOP (Far East Oil Price) Advisory Board, managed by the Oil Trade Associates, Singapore, from April 1997 onwards. This is part of the so-called ForwardMarketCurve - a "ground breaking, all-broker methodology for achieving robust and accurate price discovery in forward commodity markets" - especially, as the name would imply, oil and petroleum products. 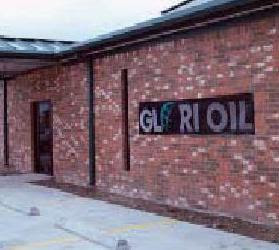 Very much in an allied field, he served as a Member of the International Advisory Board of Toyota Motors until 31 March 2009.

That cleared the way, presumably, for an announcement in March 2009, when Pachauri also accepted a post as head of the Yale Climate and Energy Institute (YCEI). We were told than Pachauri has chaired the IPCC since 2002 and has been director general of The Energy and Resources Institute (TERI) since 2001. "He will retain these positions while taking up his new half-time position at Yale," said the university. Er?

Still, this will make a change from his illustrious past. From 1989 to 1990, he served as Chairman of the International Association for Energy Economics. He served as an Independent Director of NTPC Ltd (National Thermal Power Corp), from 30 January 2006 to January 2009. This is the largest power generation company in India. Before that, he served as non-official Part-time Director of NTPC Ltd, from August 2002 to August 2005. He was also a Director of the Indian Oil Corporation - India's largest commercial enterprise - until 28 August 2003. Dr Pachauri then served as a Director of Gail India Ltd, India's largest natural gas transportation company, from August 2003 to 26 October 2004.

However, Dr Pachauri currently serves as Member of National Environmental Council, Government of India under the Chairmanship of the Prime Minister of India. He also serves as a member of the lobbying organisations, the International Solar Energy Society, the World Resources Institute and the World Energy Council. He has been member of the Economic Advisory Council to the Prime Minister of India since July 2001 and also serves as Member of the Oil Industry Restructuring Group, for the Ministry of Petroleum and Natural Gas, Government of India.

Dr Pachauri also served as Director of Consulting and Applied Research Division at the Administrative Staff College of India, Hyderabad. He served as Visiting Professor, Resource Economics at the College of Mineral and Energy Resources, West Virginia University. He was also a Senior Visiting Fellow of Resource Systems Institute, East - West Center, USA. He is a Visiting Research Fellow at The World Bank, Washington, DC and McCluskey Fellow at the Yale School of Forestry & Environmental Studies, Yale University.

One wonders how he finds the time to save the planet. James Delingpole wonders too.

PACHAURI THREAD
Posted by Richard at 16:19