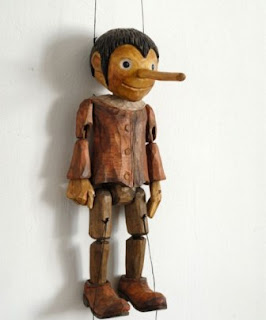 "We ... have no ties with them," Dr Pachauri told The Times of India, only a few days ago. We were not impressed then and are even less so now with an article in The Hindu being drawn to our attention.

Dated 6 June 2007, it reports on the Indian government having announced "the constitution of a high-level advisory group on climate change." Known as the Prime Minister's Council on Climate Change, purpose was (and is) to coordinate National action plans for assessment, adaptation and mitigation of climate change.

Its other duties included advising the government "on pro-active measures that can be taken by India to deal with the challenge of climate change," and to "facilitate inter-ministerial coordination and guide policy in relevant areas."

Still, the Hindi media are taking note, and someone suspects that I might not be a nice person. Dr Pachauri is already convinced.

PACHAURI THREAD
Posted by Richard at 09:43