The news we want 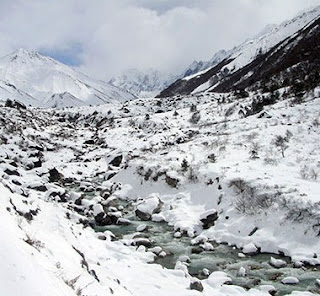 Since August last Rupert Murdoch has been ramping up the volume on charging for online news content.

And he was at it again yesterday, reiterating his belief that internet users will pay for content, saying they would be happy to shell out for "information they need to rise in society". From the beginning, newspapers have prospered for one reason: giving readers the news that they want," he said.

This is from a media mogul whose business lost an eye-watering £2 billion last year, whose Times and Sunday Times newspaper group lost £51.3 million in the year to 29 June 2008 – before even the collapse of Lehman Brothers and recession hit the advertising market.

Nevertheless, one would like to think that Murdoch is right on two counts – that people are prepared to pay for information they need, and that newspapers have prospered for one reason: the have been giving readers the news that they want.

Therein, we feel, lies Murdoch's problem, which he shares with the rest of the legacy media. They have long ago stopped giving us the information we need, much less what we want. Instead, they have become propaganda organs, pushing their own agendas.

This disease, evident enough in The Times, is glaringly obvious in The Daily Telegraph, which is also losing money hand over fist. Despite there being the clearest of evidence that this paper's readers are hostile to the warmist creed, its output has been given over to promoting the cause, to an almost laughable extent.

Thus, with over 12 million pages on "Climategate", the Telegraph's environment correspondent Louise Gray chooses to visit the issue only now, towards the end of its second week. But even then, hers is only a passing reference, the main thrust of her story being to pick up a small error on Lord Lawson's think-tank website.

That is enough for Gray to write under the triumphal headline: "Climate sceptics get it wrong," as she gleefully announces that the think-tank was "set up in the wake of the 'climategate scandal' that saw scientists at the University of East Anglia's Climatic Research Unit (CRU) accused of manipulating climate change data."

But since Louise Gray is so concerned about accurate reporting, she might like to revisit a story published by her colleague Paul Eccleston on 14 November 2008, also in The Daily Telegraph. This announced: "Himalayan glaciers 'could disappear completely by 2035'", a report based – so we are told – on claims by "Indian climate experts".

However, the Pajamasmedia blog has tracked down the original source of the research on which this claim was based, which found its way into the IPCC 2007 climate change reports. And it turns out that the research was published in a paper by Kotlyakov, V.M., ed., in 1996, entitled "Variations of Snow and Ice in the Past and at Present on a Global and Regional Scale, Technical Documents in Hydrology."

Far from warning about the demise of the glaciers in 2035, though, the authors calculate, on the basis of linear projections of current trends, that the glaciers will disappear by 2350. The figure of 2035 then emerges in the official IPCC documents, explicable only because the IPCC authors misread 2350 as 2035 - a typographical error.

From there, it seems, the lower, erroneous figure has acquired the mantle of fact, by dint of its authoritative provenance and its constant, uncritical repetition in the likes of The Daily Telegraph. Even yesterday our Louise was prattling on about glaciers disappearing, yet never once has she sought to check the source of her claims.

And that really is the problem writ large. The media have stopped giving us the news we want, and are now attempting to feed us with the news they want us to believe. And we ain't buying it – literally or figuratively. Nor will we buy it, for as long as the legacy media treats it customers with such contempt.

More on Your freedom and ours.

CLIMATEGATE THREAD
Posted by Richard at 00:49