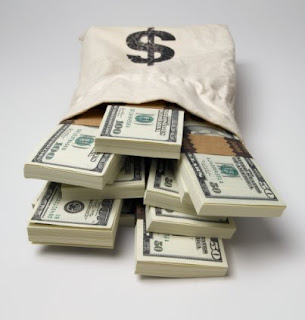 In a press release purporting to rebut our Sunday Telegraph piece, Dr Pachauri's TERI – of which he is Director General - admits to receiving over $300,000 for "services rendered by Pachauri."

The periods for which the payments were made are not specified and neither are the precise "services rendered" identified. For some organisations, such as Yale University, Pachauri performs more than one service – and his current post as head of the Climate and Energy Institute has only just started.

Pachauri's institute denies that it has received any payment from the Risk Governance Council in Geneva, the Chicago Climate Exchange, or the New York Investment Fund Pegasus for which he is "strategic advisor". This is difficult to believe in respect of the latter two, but the phrasing of the "rebuttal" does not rule out the possibility of benefits in kind being offered by these companies.

No mention is made of Pachauri's other current posts. Thus, we know nothing of payments (if any) from GloriOil, Siderian ventures, the Rockefeller Foundation, the Nordic Glitnir Bank, the Indochina Sustainable Infrastructure Fund, SNCF, his work as a Hindustan Times columnist, the Asian Energy Institute, FEOP (Far East Oil Price) Advisory Board, the International Solar Energy Society, the World Resources Institute or the World Energy Council.

Nor do we learn whether payments were made for Dr Pachauri's work for the Indian government, in particular the National Environmental Council, the Economic Advisory Council and the Oil Industry Restructuring Group. Nor is it specified whether he is paid for his role on the Governing Council of the India Habitat Centre. Other notable omissions are, as admitted by Pachauri, the "sometimes pretty generous honoraria, for giving talks in various places" - which themselves could amount to millions of dollars.

As to why TERI's (Indian) accounts are not published, the reason given is that TERI has tax-exempt status in every country in which it operates. "Such status is granted on the basis of proper auditing of accounts and proper scrutiny of documents." Nonetheless, accounts are published in the UK and the US relating to local operations, but not in India.

The US IRS return for the TERI-NA operation in Washington identified a total revenue of $66,701 against expenses of $121,810, leaving a loss on the trading year ending in 2009 of $55,109. The expenses included two remittances totalling $54,000 to TERI India. Also identified is a payment made to Dr Pachauri from a "related organization" – which is not identified – of $45,791.

This is the only public record of which we are aware which identifies a direct payment to Dr Pachauri. Neither Pachauri nor TERI have chosen to reveal payments made to him by TERI or his salary and other emoluments from the IPCC.

Despite that, TERI is claiming as "unfounded and false" our charge that Pachauri holds posts in a number of organisations, including Credit Suisse Bank, and is silent about the money he earns, "which must run into millions of dollars". Yet nothing so far offered by way of evidence would even begin to rebut that charge.

And neither has there been any attempt so far to explain how a UN official can work on a fee-paying basis for organisations such as the Deutsche Bank and Credit Suisse, without there being a potential conflict of interest.

PACHAURI THREAD
Posted by Richard at 01:29