A hypocrite as well as a liar 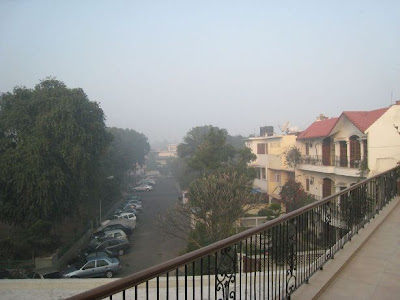 Many people will remember the strident headline at the end of November blaring: "Western lifestyle unsustainable, says climate expert Rajendra Pachauri". That was the version in The Guardian, but other papers carried something very similar.

How so very different might have been the reception had the newspapers carried a photograph of the house occupied by multi-millionaire businessman Dr Rajendra K Pachauri, currently 160 Central Golf Links Road, New Delhi. This is situated in a delightful residential area (pictured above and below) very close to Khan Market, the most expensive market in India.

It is described as one of the most expensive places to live in India. The cheapest houses sell for millions of US dollars. It is considered one of the richest neighborhoods in India and the name is inspired by the Delhi Golf Course nearby. It has only 210 detached houses.

Methinks that a man who lives in a house worth millions, travels nearly half a million miles in 19 months by air and then tells us our lifestyles are "unsustainable" might possibly qualify for the label "hypocrite".

As for being a liar, it seems we are not the first to suggest this of Dr Pachauri. Amongst others, we have K Ramamoorthy, who in 1996 was a High Court Judge in Delhi. 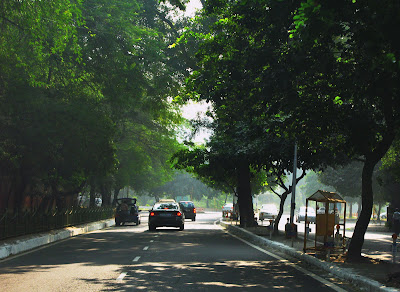 The details are set out here and need not detain us greatly. Suffice it to say that the Habitat Centre's defence rested on a claim that the Governing Council had not approved the original contract, and therefore the contract was not valid.

Rejecting that submission and those of the others, the judge observed that, "The members of the Governing Council must have been aware of what was going on," adding: "If they want us to believe that they did not have any knowledge of the agreement, I am afraid, they demonstrate themselves totally unequal to the task entrusted to them."

This must have applied in spades to Dr Pachauri who, a year before had moved the offices of TERI, his own organisation, into the building. Certainly, the judge was entirely unconvinced, declaring that the three officers of the Council, including Mr (sic) Pachauri, "have suppressed material facts and they have sworn to false affidavits." (No doubt Pachauri was rehearsing for his later roles.)

The Judge went on to say that the defendant had acted in a very arbitrary way, stating: "such things could not be tolerated in a democratic set up." In a coruscating indictment, he then declared:

And I am afraid, that the affairs and the efficient management of the Centre are not safe in the hands of officers like ... Dr R K Pachauri ... and they had ignored that the officers have to function as a public functionaries within the parameters of the Constitution.

A year after that judgement, Pachauri was elected to become co-chair of the IPCC. He is still on the Governing Council of the Habitat Centre and between September 2004 and September 2006 was its president.

Now, this multi-millionaire businessman is still calling our work a "pack of lies" and is demanding an apology. The second word of the response I have in mind is "off". Booker, on Sunday, might be less terse.

PACHAURI THREAD
Posted by Richard at 01:30