Eating away at civilisation 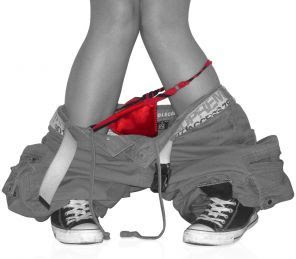 Indian blogger Gurmeet on Liberty News Central was quick off the mark yesterday, picking up our Sunday Telegraph article and adding a few pertinent comments of his own.

Indian media caught with its pants and panties down again, he says. Firangs (foreigners) doing the job they should.

I don't know why, he adds, but Rajendra Pachauri has a demi-god status among the media types here. The few times I have seen him on Indian TV, the anchors behave as if they are just about to tipple over, fall at his feet and say Sirjee, joote polish kar doon (Won't you let me polish your shoes, sir?).

After reviewing the article, he adds: "Like a seepage that keeps spreading over time and eventually destroys a building, I'm afraid Pachauri is playing the same role with respect to the industrial civilization."

Gurmeet has been active since, responding to Pachauri's claims in the Indian Express, with a comment stating:

The conflicts of interest listed in the article are simply too many to be brushed away. IMO, the main conflict of interest is not even the profit motive - even if he has not taken a penny from any of his posts (so what does he live on then –bhiksha (charity)?), he as the head of the IPCC is in a powerful position to influence policies of most countries in the favour of entities where he is the "adviser".

He is thus, for such companies and organizations, a "fixer" of the greatest effect. Power lust is a motive sometimes far greater than mere lucre. He is, as we say in India, an International Khiladi (player) and that is his reward.

We have here a fellow toiler in the vineyard – this is his "take" on Climategate and the Indian media: "Indian media has been carefully avoiding it, just as if it were cow shit strewn on the road. I call these media whores environmentalist's bitches. Among the bitchiest is the Hindustan Times," he writes.

Of course, this may have something to do with the fact that the Hindustan Times counts amongst its "strong line-up of prominent columnists" none other than a certain Dr R K Pachauri. That's another day-job we didn't know about. How much does he get paid for that one?

Gurmeet concludes that we might take the HT more seriously when all the large luxury sedans parked in its office's parking lot are replaced by tiny joint-pain inducing Revas (electric cars). Perhaps he would take a look at TERI's car park for us?

PACHAURI THREAD
Posted by Richard at 17:38