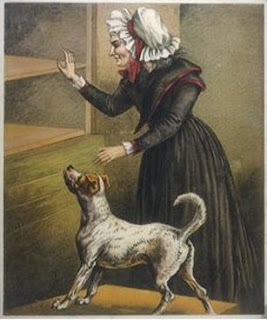 According to The Daily Mail - admittedly not the most reliable of sources – the MoD has defended its decision not to buy Blackhawk helicopters on the basis that it has ordered 62 Future Lynx helicopters, due to enter service from 2014.

If this was actually what was said, then it confirms publicly the interplay between provision of immediate capacity in theatre and the acquisition of future capacity. From this, it would appear that the MoD believes that ordering kit for delivery (but not actual service) starting in 2014 is an answer to current problems.

In fact, we believe that this is the case – and have said so many times. The added strand fits the archetype. An alternative, peddled by The Independent, lacks plausibility. Here, the excuse is that, once the "cheaper" option of upgrading the Pumas had been selected, the Army was stuck with it because of the time it would take to re-train pilots to fly Blackhawks.

The Mail comment, on the other hand, strengthens the assertions made by ex-Majors Will Pike and Patrick Little, who argue that many senior officers and civil servants "are distracted by wrangling over the defence budget, with its expensive equipment programmes; none of which will benefit the front line anytime soon."

But what it also suggests is that, despite the torrent of adverse publicity over the helicopter issue, the MoD has not changed its position one iota. It is completely impervious to outside influence or criticism and goes on just as before. If, say, the MoD was a commercial organisation reliant on its customer base for its survival,the CEO would by now be making statements on how he intended to deal with the problem.

In fact, the MoD has almost no room for manoeuvre. With other expenses crowding in on it, the one card it had up its sleeve was a pool of money - £1.9 billion over the procurement cycle – pencilled in for Future Lynx. Now this money has been committed, there is nothing left in the kitty. There is simply no money available. The Army has blown it.

Hence, the indications are that the government is going to try to tough it out, trimming here, fiddling there and accentuating the positives – such as Merlins being sent to theatre and the modified Chinooks coming on stream. But it looks increasingly likely that there will be nothing extra beyond that.

The MoD, or course, can rely on the fickle nature of the media, which will soon enough lose interest and move on, and the fact that we are moving into the long Parliamentary recess, which coincides with the "silly season". And, with Operation Panther's Claw coming to a climax, the MoD may also be hoping for a slackening in the casualty rate. With that, it perhaps predicts, Afghanistan might at last slip down the news agenda and the ministry can revert to business as usual.

However, there are other pressing issues. Although largely driven off the agenda by the focus on helicopters, the vehicle problem is far from resolved. Bearing in mind that the Taleban have got the measure of the Jackal, the next crisis might be just around the corner – notwithstanding that there is a clear and present danger of a Chinook being shot down. What disappears from the news can, just as quickly, come back.

Looking at the bigger picture though, beyond Afghanistan and beyond defence, what we are seeing here is a window into government – one effect of the cash crisis which is going to be repeated right across the board. More and more, government is going to find that it can no longer throw money at problems, no matter how pressing. The cupboard is bare. It is going to have to wriggle and dissemble, just as it is doing now.

Where defence leads, we may find, the rest of the country will have to follow.