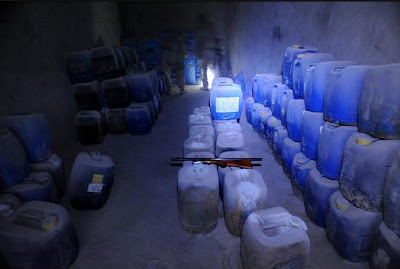 As I was hinting last night – and did so prematurely last week – the storm has run its course. The number of new stories or new "angles" on Afghanistan has fallen to a trickle, and very soon it will be back to "normal" – if one dare use that word.

For all the torrent on media coverage, the pessimistic view is that absolutely nothing has been achieved, nothing resolved. That is not the case though. Waves have been made and, in the fullness of time, changes will become apparent, but not all for the good.

The view from theatre – if there can be something as straightforward as a single view – seems to be that the helicopter issue was totally overblown. At the moment, with the US forces in place, the bulk of their helicopters are available as "theatre assets" and the troops are getting plenty of helicopter rides.

In the green zone also, where the bulk of the fighting has been, the value of the Viking, in being able to cross difficult terrain is much appreciated. But there is indeed nervousness about using it: preliminary estimates of the weight of explosives that took out Col Thorneloe's Viking are that some 30kg of homemade explosives were used.

That weight, equivalent to about 10kg of military-grade explosive, would have been shrugged off by a well-designed mine-resistant vehicle, yet when it exploded under the driver's seat, it ripped through the floor, killing him instantly. For all the talk of the Taleban building bigger bombs, this was not one of them. In the right vehicle, the explosion was survivable.

Elsewhere, the US Marines captured a major cache of IEDs and the photograph above shows the face of the enemy – 25 litre plastic drums, packed with fertiliser (click the pic to enlarge and, at the back of the room, you can see the 25kg bags of fertiliser).

Meanwhile, of our own MoD, a report today accuses it of losing track of £155 million-worth of radio equipment. That doesn't mean to say it is lost – just that the MoD doesn't know where it is.

That, in fact, sounds like a description of the whole Afghan campaign. Perhaps we should send them a roadmap.