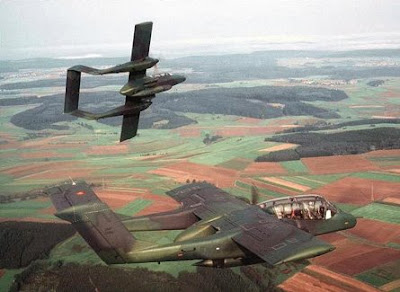 There is a lot more going on in the world than the "war" in Afghanistan and, having divined a slackening off in media interest, I had resolved to pay a little more attention to other matters – albeit keeping an eye on the developing situation.

Contrary to expectations, however, the media are just not leaving the subject alone. A lead item in The Times today tells us of the tragic episode of Harry Parker, the son of British general, losing leg in a Taleban blast – as a precursor to a fairly comprehensive review of current developments.

In The Daily Telegraph, we also see a lead item, this one asserting that Lord Malloch-Brown has become the first senior government minister to admit that British troops need more helicopters in Afghanistan.

This is as maybe, but what Malloch-Brown is not saying is that the five soldiers killed in the single ambush were in Sangin – where offensive operations are not being carried out. And so was the latest casualty, the 187th, a bomb disposal expert killed by an IED. That brings, says The Daily Mail, the number of British soldiers killed by IEDs this year to 40.

But, if British troops are now experiencing their worst month of the war, with four US soldiers killed over the last few days by IEDs, the Americans too have suffered their worst month. Yet, the British narrative, as we see with the Telegraph, is still focussed on helicopter shortages as the cause of our casualties, unable to develop beyond that single point and look at the bigger picture.

The same dynamic is seen with the Daily Mail which is foaming at Lord Faulkes – a "notorious establishment toady" – who had the temerity to attack "Sir Richard Dannatt and Sir Jock Stirrup", asking "Labour frontbencher Lady Taylor to "consider gently reminding these gentlemen of the importance of loyalty, particularly when we are engaged in a very difficult war where victory is essential for the future safety of this country."

Casting aspersions against the Mail's darling was clearly the wrong thing to do, and even arms dealer Lord Guthrie is wheeled on to denounce Lord Foulkes's comments as "cheap". With the "narrative" to the fore, he says General Dannatt had been driven to speak out by Labour's failure to fund the forces. We are not allowed to consider any other motivation. Dannatt, meanwhile, will look back over his shoulder
"with no regrets at three years as chief of the general staff."

It is interesting thus to make the comparison between the media "Punch and Judy" and our own forum, where we have had a far greater intensity of debate and far better informed comment, with many experts pointing out some of the complexities. This rather illustrates how superficial and one-dimensional the fourth estate really is.

What emerges from the wider debate – the one in which our media takes no part – is quite how seriously the US is taking the IED threat. Even if it has come into theatre not much better prepared than the British, it is making up for lost time.

We thus had our attention drawn to a piece a while back where the USAF is considering bringing back the OV-10 Bronco turboprop (pictured), a Vietnam-era light attack and observation aircraft last produced in 1976.

The manufacturers, Boeing, have confirmed that the aircraft could be offered as either a light attack or intra-theatre light cargo aircraft. Amazingly, four countries still operate the aircraft: Colombia, Indonesia, the Philippines and Venezuela, with a weapons load at least equivalent to the Bell AH-1 Cobra attack helicopter – currently used by the US Marines.

The primary function of the OV-10, though, is surveillance, and it is that function to which Gen Dannatt referred recently, as a major shortfall. No prizes for anyone who predicts that the British debate will remain in the same narrow rut, pointing to a possible repeat of the Iraq experience, where the US again leave us standing, while our own military draft increasingly unconvincing press releases about how they are winning the war.

With our media, though, no one will ever realise that we have lost, as indeed is the case where, in just over a week, the last British troops will scuttle away from Iraq, with the MoD declaring the final stage in our "great victory" there.

At this rate, when this current war is all over, we need never fight another. We can do it all with press releases, and the media will lap it up without the first idea of what is happening, merely obliging the military by calling for whatever toys it has then decided are in fashion. It is not George Orwell we should be re-reading, but Aldous Huxley.