Not a funding issue 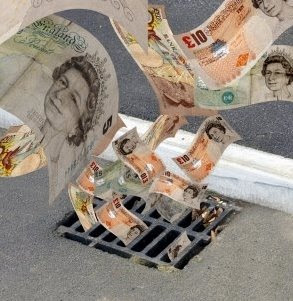 It is easy to get seriously tired of the prevailing narrative, which is spreading like swine flu, completely out of control. A typical example comes in The Northern Echo, with an exclusive interview with Robin Fox, managing director of Northern Defence Industries – also a colonel in the Territorial Army, recently returned from active service in Afghanistan.

Mr Fox should know something about this issue from his unique perspective as a defence contractor and soldier. And he has absolutely no doubts as to the cause of the helicopter problem, declaring that the procurement system has cocked up in getting enough rotary wing assets for use in (Afghanistan). "We know well the story of the Chinooks that have sat in a hangar for years because nobody got it right," he says," but why the hell didn't we buy a shedload of Black Hawks from the Americans, which are cheaper and better than the alternatives?"

That we did not, according to Fox, is "a load of political nonsense." He then argues that the helicopter shortage is a symptom of "a greater disease across the support that is given to our troops on operations. It's a lack of funding across the whole… not just for helicopters."

As always though, this is just extruded verbal material – all you have to do is the basic arithmetic. Future Lynx is currently costed at £1.7 billion for 62 helicopters, with deliveries starting in 2014. A batch of 60 Blackhawks would cost £600 million and, with an order placed in late 2006 or early 2007, it could be in service now.

For a down payment, the £185 million spent on the six Danish Merlins could have bought the first batch of 18 machines, without raiding the Future Lynx fund.

Over and over again, we have to repeat that this is not a funding issue. As long as the MoD procurement system is so wasteful and inefficient, there will always be cash problems, but throwing more money at the system just generates more waste. The Merlins are not only expensive to buy – they are extremely expensive to operate, at £34,000 an hour – a point made by Ann Winterton in today's letter column in the Telegraph.

For decades to come, therefore, these helicopters will be a hidden drain on the defence budget, soaking up money that could be spent elsewhere. The same will apply to the Future Lynx. While a Bell 212 costs £2,000 an hour to operate, the current (Army) Lynx models cost a staggering £23,000 an hour. The Future Lynx will perpetuate this waste. Even to contemplate £1.7 billion on a mere 62 helicopters is a higher kind of madness.

Perpetuating the "underfunding" narrative, therefore, is a cop-out. As with every other public sector organisation – from the NHS to the police and everywhere else – throwing money at a problem solves nothing. It has not worked with the NHS and it will not work with defence. The driver must be value for money, from which it is painfully evident that there is actually no shortage of cash – simply grossly inadequate management of the funds available.

Then, that is the malaise right through the public sector and one could argue that, if we get defence spending right, the lessons learned could be applied across the board. Purely on NHS procurement, billions could be saved without in any way touching service provision. But, as long as the insistent bleat of "underfunding" drowns out the sound of money pouring down the drain, we will get nowhere. It really is time the debate moved on, before we too follow the path our money is taking.