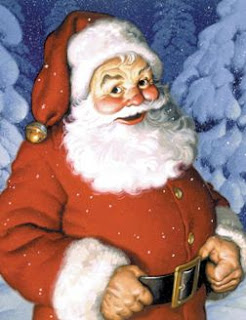 Offering us a very early Christmas present (although I swear it was warmer on Christmas day that it was yesterday) Vaclav Klaus, the Czech president, has intimated that he intends to refer the constitutional Lisbon treaty to his country's constitutional court at the start of August.

With the support of 17 senators, he will seek a ruling on whether the treaty complies with the Czech constitution, thereby delaying once more the ratification of the treaty, which he can now do until the court has given its verdict.

This completely stall the process, blocking Sweden, the current rotating EU presidency holder, from sorting out the final details of the treaty implementation by the end of the year, assuming the Irish vote "yes" on 2 October.

Whether even that will happen is anyone's guess. According to The Telegraph the "no" campaign is seeking to exploit the financial crisis, so says Mr Cox, a former Irish MEP (and EP president) "to encourage the Irish people to vote against our own interests and reject the Treaty." He adds: "We do not plan to let them succeed." But then he always was an arrogant .... person.

The longer Klaus delays it, of course – even if the Irish do roll over – the closer to Armageddon comes David Cameron, who will now not be off the hook by the time of the Conservative Party conference. Just a measly six months into the next year – if he can stall it that long - and we will see what Boy Dave is made of, when he has to promise us a referendum.

It is not only the EU presidency that will then be rotating. Mr Monnet, tucked up in his grave, will be doing likewise.