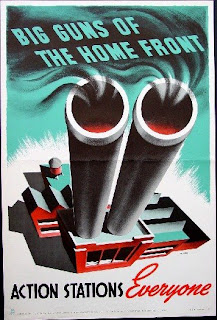 It is essential to stop Afghanistan becoming an "incubator for terrorism" and a launchpad for attacks on the UK and other countries says David Miliband.

The badlands of Afghanistan and Pakistan – that border area – have been used to launch terrible attacks, not just on the United States, but on Britain as well. Thus, he says, "We know that until we can ensure there is a modicum of stability and security provided by Afghan forces for their own people, we are not going to be able to be secure in our own country."

The thought is echoed by The Times which affirms that, "The campaign in Afghanistan is crucial," adding that, "It has been advanced by British servicemen of extraordinary courage and real heroism."

"The failures in the campaign have been on the home front: the British Government has been dilatory and uncertain in making the case for the war," it goes on to say. "Nor has it provided sufficient armoured vehicles for the troops already there or adequate and consistent numbers of troops on the ground to establish the security that is the foundation for building a new nation in Afghanistan."

More on Defence of the Realm
Posted by Richard at 17:19