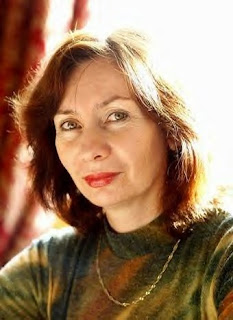 Last October I wrote about a meeting I attended at which a very courageous Russian (well, half Chechnyan) journalist and human rights activist, a friend of the late Anna Politkovskaya, spoke. While I was not over-impressed by the organizers of the meeting, Raw in War (Reach All Women in War) and, indeed, had a somewhat tart exchange of views with Mariana Katzarova of that outfit, I thought Natalya Estemirova was one of the most courageous and inspiring people I had come across for a long time.

Well, she no longer is. This morning Ms Estemirova was kidnapped from her home in Grozny and a few hours later her bullet-riddled body was found in neighbouring Ingushetia. President Medvedev has declared himself to be outraged and promised a high-level enquiry. Yeah, right. Like the high-level enquiry into Anna Politkovskaya's murder or Stanislav Merkelov's murder or, even, Galina Starovoitova's murder. Indeed, the many other murders, beatings, kidnappings and tortures of journalists, investigators and human rights activists in Russia.

It would appear that Ms Estemirova was collecting information for the Russian organization Memorial, that tries to establish the truth about Soviet crimes of the past as well as the more recent ones, about the activity of the government-backed militias in Chechnya and the surrounding republics. It is reasonable to assume that her murder was carried out by one of these militias though the involvement of Russian troops is not to be excluded.