Losing us the war 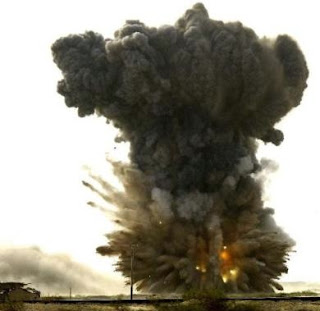 One worries about some of the so-called experts called upon to pronounce on various aspects of the Afghani campaign, as to whether they really know what they are talking about.

One such who gives rise to not a little concern is Professor Michael Clarke, director of the Royal United Services Institute, who is sternly holding forth on the objectives of the Taleban today in The Times.

He tells us, very much in line with British commanders in the field, that Taliban commanders have made Helmand their key objective, then going on to inform us that "new recruits to their units flow in from Pakistan, but they are not well trained or well led."

Undoubtedly, it is the case that many Taleban recruits are poorly trained and led, but as a sweeping statement this sits ill with the observations from Jason Burke in The Guardian. He recently reported a "new peril for British troops in Afghanistan" telling us that the Taleban "have learned modern warfare." Imagination, greater firepower and strengthening of Taliban's ideological bond, he wrote, leaves the coalition facing higher casualty rates.

More recently, we read Sean Rayment's excellent account in The Sunday Telegraph of last week's attack on soldiers of the 2nd Bn, The Rifles, killing five of their number and seriously injuring three more.

According to Rayment, the Rifles patrol first triggered an IED as they entered an alleyway inside a small hamlet. One soldier died instantly and seven others were seriously wounded. Following standard drills, the patrol withdrew to a more secure location so that the wounded could be treated. And there, waiting for them was a massive IED which detonated killing another three soldiers, one of whom had been wounded in the first blast.

Meanwhile, a group of four soldiers who had left the area to secure a helicopter landing site discovered another IED which had been laid to destroy the approaching helicopters. Without the ability to defuse the bomb, the troops had no choice but to order the helicopter to land inside their base, leading to further delays in getting aid to the wounded. One other died on the operating table after he had been airlifted to Camp Bastion. And en route to their base, two more IEDs were discovered. Fortunately neither detonated.

Rayment asserts that the Taleban has predicted the troops' movements and had laid their devices where they would have their most devastating effect – tactics which demonstrate a high degree of planning and some sophistication. But then, as Burke notes in his piece, the tactics of the coalition forces have been studied closely – and the Taleban commanders have learned from them and adjusted their tactics.

Professor Michael Clarke, therefore, does not seem to have the measure of the Taleban in his own analysis and nor would it be advisable to rely on him for his declaration that, while IEDs can be devastatingly effective even against the most heavily armoured vehicles, "they are the technique of the terrorist; not decisive and not the weapon that will win a campaign."

Would that Clarke had read today's newspapers, listened to the radio and watched television. The two bombs which caused such havoc and misery to the men of The 2nd Rifles have reverberated around the world, the effect here magnified by the intensive media publicity.

Clarke, in fact, is terribly, terribly wrong. The IED is a "war winner", not as a military weapon but as a propaganda tool, weakening the resolve of the home front and the politicians as they see the coffins, one after the other, make their final journeys from the aircraft bearing them from foreign fields.

Yet, Clarke is the "expert". It is he who gets to pontificate in The Times and, no doubt, has the ear of the powerful and the mighty. And it is the quality of analyses such as his that is going to lose us the war.