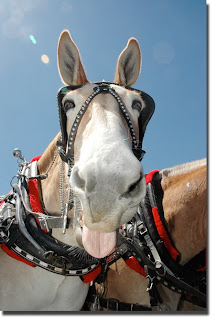 The triumphalism and euphoria of the (not the) Conservative Party over the Norwich North by-election is only to be expected of a tribal system where winning is all. However, since the winner took only 18 percent of the popular vote, this is not so much a victory as a sign of a political system in crisis.

Unsurprisingly, therefore, we see an uneasy Charles Moore, who seems to be more than usually on form of late. He writes:

And I am sure that the Conservatives' focus groups tell them that, beyond thinking well of Mr Cameron, voters do not recognise the Tory "signature" on anything much. In 1978/9, they would have known that the Tories promised something different on taxes, inflation, trade unions, and the Cold War. What do they know now? Nothing terrible, but also, nothing much.

The vagueness of these impressions might not matter politically if in fact the Tories did know what they wanted to do. But where are they on terror, "human rights", our constitutional decay, health service reform, local government, energy, our relations with America, the undeclared war in Afghanistan?

This blog has rather gone overboard on the Afghan issue, but it is one which has considerable political traction and has a totemic significance far beyond the narrow geographical confines of the conflict – from which many broader lessons can be drawn.

Yet, apart from – some might say – a cynical exercise to exploit the very narrow issue of helicopter shortages, we have seen little input from the Conservative Party in general, reflected in a remarkable paucity of debate on the Tory-supporting blogs.

From the flagship Tory blog, for instance, we have had but one clumsy intervention and little more. By contrast, debate on the Labourlist site has been far more active, albeit on the forum rather than on the main blog.

Something of this must surely stem from the tendency of contemporary politicians to steer the debate in directions they want it to go, rather than address the issues that concern real people in the real world. But the lack of political discourse on a subject that has dominated the headlines for the best part of three weeks can do nothing but reinforce the sense of disconnect between the political classes and their claques and ordinary people.

The evasion of reality, of course, stretches far beyond Afghanistan, not least into the pressing issue of the economy where it is growing evident that there are extremely tough times ahead. And, with tough times come tough choices, which will require bold political leaders with a strong mandate from the country.

Whatever the victory at Norwich North was, it was not an expression of support of and confidence in the Conservative Party. Eighteen percent does not a mandate make. And, if that is in any way replicated at the general election, we face the prospect of a government lacking the moral authority to make the tough choices that will be needed – assuming even that there is the basic competence which will enable the right choices to be identified.

The immediate repercussions are difficult to predict, but while our protests lack the élan of the Gallic street riots, the things we do well in this country are sullen resentment and mulish stubbornness. Against that, even the brutish violence of our increasingly militaristic and insolent police force will find it hard to prevail.

Mr Cameron may, therefore, be cherishing his victory this weekend, but one can't help but feel that the mule is eyeing him up for a mighty kick.