No headway at all 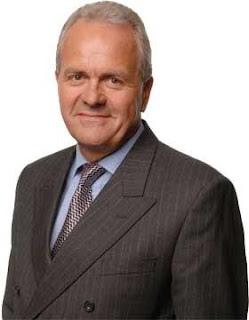 Writes that great sage Jeff Randall under the title "We have a moral duty to our troops: pay up or pull them out", "There's plenty of scope for big cuts in the bloated welfare budget to preserve defence spending."

In the first three years of the intensified campaign in Afghanistan, from early 2006 onwards, the direct expenditure from Treasury reserve on the military campaign amounted to £3 billion or thereabouts.

For this current financial year – one year – the cost has escalated to £3.5 billion. Effectively, we are looking at more than a 300 percent increase on the average for the past three years. That produces not far short of £400,000 per annum, per person deployed in extra costs, not including the core funding from the defence budget.

It would be a useful exercise for an economist some time to make a cost comparison between this current and previous deployments, and it would come as no surprise whatsoever to learn as a result of such an exercise that this was the most expensive deployment, in per capita terms, in the history of the British Armed Forces, and even in the entire history of warfare.

Should this be the case, and in any event, the expenditure has been directed at defeating a primitive, low-tech enemy, few in numbers, who is able to buy personal weapons at a cost of tens of dollars and whose most potent weapon, the IED, is priced in the range of $100 – that is when our government is not providing the raw materials free of charge.

Purely on the basis of the normal scrutiny process, it would not be unreasonable occasionally to ask for some detail of how and why our government is spending our hard-earned cash, what was being achieved for it, whether it is being properly spent and whether it would be possible to get better value for money. And there would be nothing special in so doing. This is the normal process for any number of public sector organisations, carried out by a wide range of official and unofficial bodies.

To get near an answer, we have to look at the objectives of the campaign, the strategy, something of the tactics, the equipment and ... heavens forefend, the results and the prognosis.

But none of that troubles Randall. Like so many of his ilk, imbued with the hysteria of the moment about "Our Boys", his brains dribble out of his backside as he gushes inanities that would have a teenage swain blushing with embarrassment.

What is it about otherwise sensible and usually hard-headed commentators that, when confronted with the military, they quite literally lose the plot? We are making no headway in addressing the appalling waste and inefficiency here, and clearly will not until the likes of Randall decide to re-construct their brains.