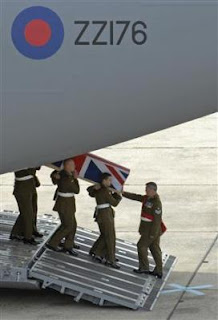 One is not at all surprised at the storm of coverage that has broken in the media today over Afghanistan. We predicted it would come, although even we had no idea that it would this intense – magnified as it was by the highest land mortality rate since operations began in 2001.

Remarkably, although few of the last batch of casualties stem from either resourcing issues or equipment defects (although some do), these two aspects have dominated the coverage and continue to do so, confusing and confounding analysis of the campaign rather than shedding light on it.

From a purely military perspective, the level of casualties experienced over the last ten days is relatively modest, and an acceptable price to pay for the territorial gains made and for the damage done to the Taleban. Thus, many experts are tearing their hair out at what they regard as the exaggerated and inaccurate coverage, and its damaging effects on the conduct of what they call the "war".

Therein, however, the experts have got it wrong. Media coverage is an integral part of modern war and its effect on the "home front" has to be factored in to the management of any campaign.

It is a truism that counter-insurgencies can only be won on the ground, but they are lost on that "home front", not through any direct enemy action but because the prosecution of the war becomes politically unsustainable and the plug is pulled.

Thus, success in Afghanistan – if it is to be had – depends as much on the success of the battle for "hearts and minds" in the streets and houses of Bristol, Banbury and Bradford, as is does the outcome of military engagements in Sangin, Lashkar Gar, Garmsir and elsewhere in that benighted country.

With that in mind, the military and its sponsors and enemies in the MoD is playing a stupid game. In their own self-referential little world, they believe they can at one, indulge in mushroom management for most of the time (feeding us on s**t and keeping us in the dark), and then expect the population to rally round in times of distress.

For sure, there is enormous and growing support for the troops, but that does not spread out to encompass support for the war – as the MoD PR geniuses thought it might, having assiduously promoted the human face of "Our Boys". In fact, it is having the opposite effect – translating into a revulsion of the deaths and maimings, and a stiffening of opposition to the war.

The opposition is buoyed by what appear to be the rash of maladroit – some would say insane – procurement decisions flowing out of the MoD, and its inability to explain or justify decisions which are quite evidently leading to what appear to be unnecessary deaths.

For all that, this present government is committed to the war, and will see it through until – as is most likely – it is deposed next May or June. Reading the runes, one can see from the low profile taken by the Conservative Party - now and in the past - that it is seeking to distance itself from Blair's and now Brown's war.

That will make it very easy – and very popular - in the relatively near future to engineer a political settlement which will enable the UK to scale down its commitment in Afghanistan and then to withdraw all but token forces.

Suitably insulated from the consequences – which will be barely if at all reported (as indeed was the situation after 2001 until 2006 virtually ignored) – the Conservative Party can thus claim its "victory" as indeed did the Labour government in Iraq, leaving the Americans to clean up the mess we leave behind us.

Popular this may be in the short-term, it will add to the incalculable damage done to us by the retreat from Iraq and will, in very short order, cement in our reputation as a third-order power and an unreliable ally. Then we will have become truly ready to become part of the New World Order, as an integral part of the EU's Security and Defence Policy – considerably strengthened by the constitutional Lisbon treaty - with no independence and no voice of our own.

There is, therefore, a great deal more riding on Afghanistan than the defeat of the Taleban. Our actions there – or inaction – define us as a nation, putting us to the test that only an independent power can meet. And we are set to fail that test.