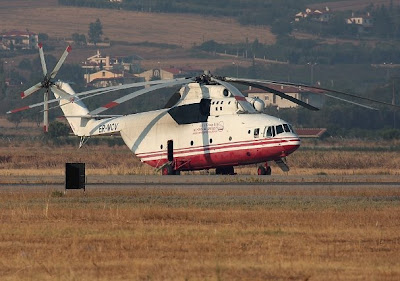 Defence secretary Bob Ainsworth, it seems, has been rather less than frank about the availability of helicopter support for "Our Boys" in Afghanistan – but in a rather unusual way. There are (or were) more helicopters available to deliver supplies than he is admitting.

The downside of this intriguing piece of news, however, might just explain his reticence. At least one of the additional helicopters is a leased machine, operated by a Moldovan charter company, Pecotox Air, which has been banned from EU airspace for safety reasons and which has been implicated in arms trafficking.

More on Defence of the Realm.
Posted by Richard at 00:44