More deadly than the Taleban 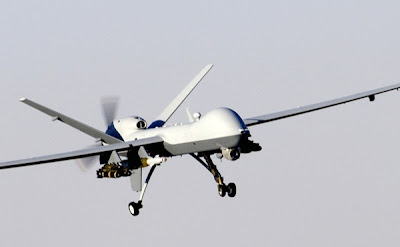 Many graphic accounts have been written recently about the Panther's Claw operation in Helmand. From these emerge a picture of how the Taleban are employing the large-scale emplacement of IEDs to delay the assault (the classic role of minefields) and to inflict casualties.

In that Panther's Claw is a "deliberate operation" – i.e., one that was planned and executed in an area of choice - the fact that the Taleban had laced the area with IEDs could perhaps have been pre-empted. Not least, troops could have been provided with far more knowledge of their locations and extent than they seem to have been.

The asset of choice to provide this vital intelligence is the UAV and some hint that they have not been used to effect comes in today's Times. This retails the complaints of a "leading British officer" that the military had been too slow to capitalise on the use of UAVs to detect IEDs.

More on Defence of the Realm.
Posted by Richard at 15:12