The tyranny of the narrative 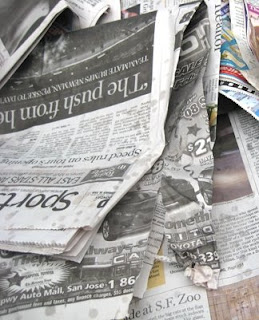 One the one hand, you get Air Vice Marshall Martin Routledge, still in post, speaking out against what in media terms could be described as a "critical shortage" of UAVs in Afghanistan. Outside the specialist journals, all it gets is a brief mention in The Times and a cut and paste job in The Guardian.

Then, on the other hand, you get Brigadier Aldwin Wight, ex-SAS commander, retired from the Army in 1997, who has been "speaking with friends" and decides to "wade into the row over support for UK troops in Afghanistan", accusing the government of "spin" (shock!) and telling the world: "I do think, actually, the debate should be exposed - the additional troops, the numbers of helicopters." For good measure, he also accuses Labour of spending "the minimum they could get away with" on defence ... like, er ... £1.7 billion on Future Lynx.

The retired brigadier immediately gets a slot on ITN and, via the Press Association, his views can be found in most newspapers today.

It actually does not matter to the media whether we need more helicopters or troops in Afghanistan – whether the tactics are right, whether there are other equipment deficiencies, whether things could be done differently, to greater effect – or cheaper. What matters is the narrative. Talking heads who fit in with it get heard. Those who do not, languish in the wilderness.

This is how the debate is "framed" – how every debate is framed, distorting public policy and priorities. We have a weak minister, in a weak, unpopular government, rushing around "busting a gut" to dance to the media tune, while other issues, of equal or greater importance are ignored or given less attention.

In truth, this situation has probably never been any different, although the effects are possibly now more powerful. With 24-hour news and the multiplicity of media sources, it appears that many voices are clamouring – the multitude with but a single mind. In fact, they are all singing from the same hymn sheet – one statement, one press release and then one agency report, replicated mindlessly, a thousand times or more.

That, is why "spin" is such a central part of modern public administration. Governments not only have to govern, they have to respond to the narrative – they have to be seen to be addressing "popular" concerns.

Where the two are in conflict, "spin" fills the gap. The words are not real, but then neither is the narrative. It keeps the media wolves at bay, until the discrepancies between words and action are found out, generating another narrative of a lying, deceitful government. The truth though is that "government by narrative" would be chaos – which is possibly why we are in such a mess now, as our masters vainly attempt to restore their fading popularity.

Such is its power, that no government dare speak against it. No minister can stand up and say, "this is a load of tosh ... you are all wrong ... what we need to is this ... and I am going to ignore the clamour. " In that path lies political suicide and obscurity.

So, the politicians feed the monster. But it is never sated. They become its slaves and we too become enslaved – and to what? An agenda that has no more substance than the contents of the recycling bin. But we feed it all the same.