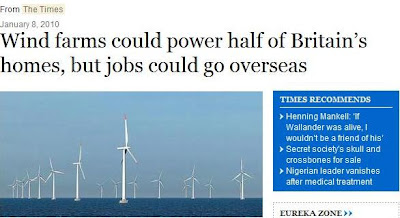 That is what The Times is telling us. But it adds: "The nine farms announced will generate enough electricity to power more than half of Britain’s homes, but only when the wind blows." 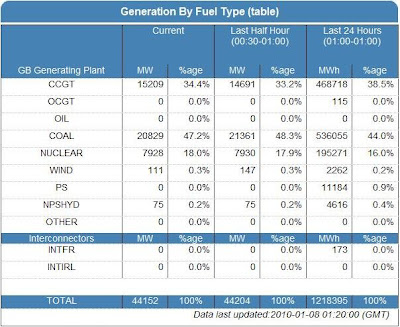 And just when you need it most, it doesn't. We're peaking at 59GW and wind was supplying a pathetic 3.5 percent of installed capacity, delivering a mere 147MW just after midnight, or 0.3 percent of our total power requirement. Coal, on the other hand, was bashing out 48.3 percent while gas came in second place with 33.2 percent.

Wind? This is a very, very sick joke.