Pachauri: nose in the honey jar 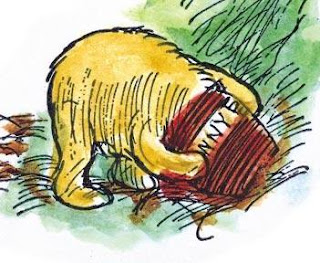 "Climate change has become a multi-billion dollar commercial sector," proclaims the brochure from a leading finance house, and it is not wrong.

Although its last year's revenues were a mere £22.7 million, with pre-tax profits of £2.8 million, it is a company with global ambitions, with plans already well advanced to set up similar operations in China, Canada and Australia.

But another of its enterprises is to create an entirely new exchange in India, called the India Climate Exchange (ICX). With outline plans announced in India in June 2007, the company then announced on 14 January 2008 that it had established a "founder member group" which was working to create a system similar to that operated by the Chicago Climate Exchange.

With a distinguished Indian member, by the name of Dr R K Pachauri, already on the Chicago External Advisory Board, it comes as no surprise to learn that the new chairman of this founder member group was to be Pachauri.

To assist him in the development of this enterprise, there was also created a Technical Design Committee, attracting a number of India's "leading industrial companies" and "think-tanks" who had "committed" to be part of the committee. And, amongst those were Tata Motors, Tata Chemicals and Tata Power, as well as TERI India, of which Dr Pachauri just happens to be Director-General.

Interestingly, the Chairman of the entire Climate Exchange PLC group, Dr Richard L Sandor, is a member of the TERI School of Management Advisory Committee in India.

All this puts Pachauri, with his institute, as a direct player in the creation of a lucrative carbon trading market in India, alongside direct evidence that he was using his position as chairman of the IPCC to advocate a "definite agreement on placing a price on carbon" at the Copenhagen COP15 Summit.

Acting with a coterie of other UN officials, when it comes to conflicts of interest, they do not come any stronger.

As it stands, TERI India has already received development funds to assist it in the process of establishing the exchange and, as has so often been the case before, the generous donor is the UK Foreign and Commonwealth Office.

And nor has the FCO largesse stopped there. It is currently running a Low Carbon High Growth Programme for which £19m in funding was available in financial year 2009-10.

Interestingly, this included a project for the "establishment by March 2011 in India of an effective mandatory trading scheme in energy saving certificates," where specific reference is made to the India Climate Exchange scheme.

Thus, it seems, not only has Dr R K Pachauri got his nose firmly stuck in the honey jar, Her Majesty's Government is supplying some of the honey – at the British taxpayers' expense.