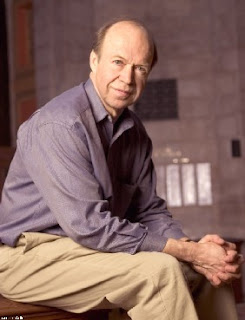 Did the CRU "hacker" seek to protect us from the Copenhagen summit or harm it?

There is no doubt about that question, according to The Times, which avers: "Climate e-mail hacker[s] 'aimed to maximise harm to Copenhagen summit'".

The paper is retailing the views of an anonymous source, who claims that the CRU's computers were hacked in October or earlier, but the e-mails were not leaked until mid-November. By not releasing the e-mails until two weeks before Copenhagen, the hacker thus ensured that the debate about them would rage during the summit.

We are now variously told that the police are investigating the "theft" of the data, and have interviewed the temporarily redundant CRU director, Phil Jones, about the "crime".

If they are looking for a suspect, however, they need look no further than James Hansen "the world's pre-eminent climate scientist" – a man known to endorse criminal activity and support civil disobedience.

Although he might seem an unlikely suspect, in The Guardian today, he reveals his underlying motivation, telling the paper that it would be better for the planet and for future generations if next week's Copenhagen climate change summit ended in collapse.

Any agreement likely to emerge from the negotiations would be so deeply flawed that it would be better to start again from scratch, he says, adding: "I would rather it not happen if people accept that as being the right track because it's a disaster track ... The whole approach is so fundamentally wrong that it is better to reassess the situation."

So there we have it. This is a man with the motive and, from his elevated status in the "climate change community", he undoubtedly had the opportunity and the access.

By way of further confirmation that he dun it, it is highly suspicious that none of the emails released incriminate him or his Goddard Institute. And who else would have the knowledge to select such incriminating information from the mass of material that must be stored on the CRU computer?

Hansen, therefore, is most definitely "deep climate", the man who admits he wants Copenhagen to fail.

CLIMATEGATE THREAD
Posted by Richard at 01:43